State flu cases on the rise early in season 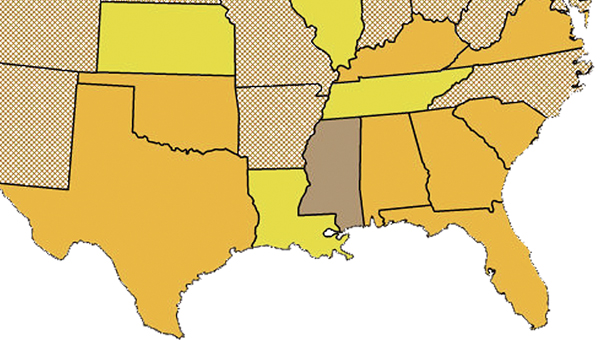 If you’ve noticed some of your coworkers not being at work or the facial tissue aisle of the local drug store being a little sparse lately, there’s a very good reason.

The flu is here. It is here in full effect and according to state health officials we’re not even at the worst time of year for the flu yet.

“The peak for Alabama’s flu season is typically January and February. So, it’s pretty rough right now,” Tracy England, Director of Surveillance and Outreach of the Immunization Division of Alabama’s Department of Public Health said. “The season usually runs through April, so we are still encouraging everyone who has not received a flu shot already to do so.”

And, its not just Alabama experiencing a large volume of flu cases it is a majority of the southeast.

In fact, according to the latest report from the Centers for Disease Control, Mississippi is the only state so far to report widespread cases of the flu, whereas Alabama, Florida and Georgia are only reporting “regional” cases at this point.

But, England said, those reports may be somewhat misleading.

For the week ending Saturday, Dec. 18 — the latest report available — England said the percentage of visits reported tied to the flu were 10.9 percent compared to 6.3 percent the week before.

“That’s a big jump from one week to the next. The baseline for Alabama [the average percentage reported tied to the flu] is 4.7 percent,” England said. “So, we’ve seen more than double the number of cases tied to the flu than on average.”

Reports for the week ending Saturday, Dec. 25 should be released later this week.

As for current inventories of flu vaccine, England said health departments and other outlets should have plenty available to anyone who has still not received their vaccine.

“There is plenty available and we are encouraging everyone to get the vaccine,” England said. “There’s still plenty of time.”