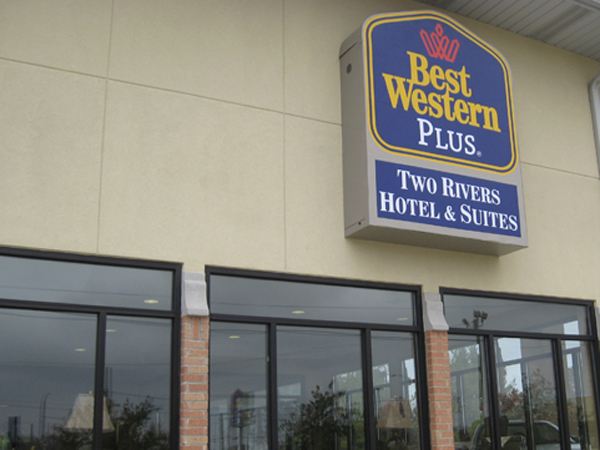 Demopolis’ Two Rivers Hotel and Suites is now a Best Western Plus after the national chain recently placed classifiers on each of its member lodges.

The company’s decision to alter that approach has landed the Demopolis site in the second highest classification.

“Best Western Plus adds several amenities and qualities that the generic Best Wetern does not have,” Shows said. “Best Western Premier is more along the line of a resort.”

Shows said his facility will remain in the Plus category as there is little impetus to move up a classification in this market.

“We’re really an upper end Best Western as far as room configuration. In our case we far exceeded what it took for us to become a Plus,” Shows said.

“In the market that we are competing against, we are already at the high end. We could compete head on with Holiday Inn Express and Comfort Inn. But given that neither of those flags are in town, it does not make much sense for us to move to that premiere status.”