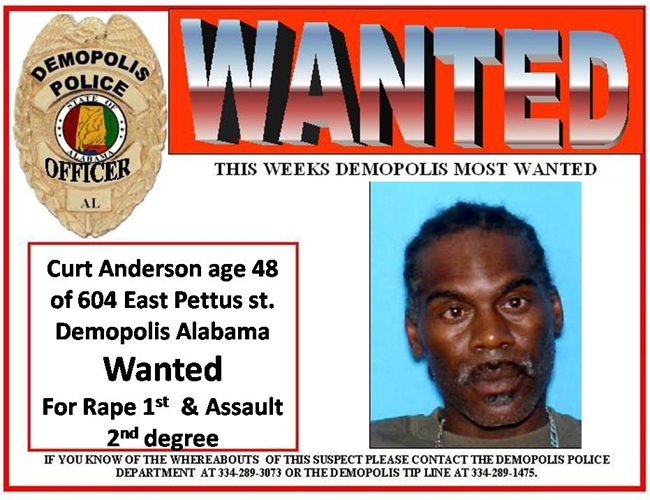 The hunt for an alleged rapist is over.

After nearly a month on the run, Curt Ladean Anderson, 48, of Demopolis, was apprehended by the Gulf Coast Regional Task Force Monday in Mobile. He was transported to the Marengo County jail yesterday and is currently awaiting a bond hearing.

Demopolis Police Chief Tommie Reese said he enlisted the help of the task force as it became clear that Anderson had fled Demopolis.

“I would like to thank the Gulf Coast Regional Task Force for their assistance as well as the Demopolis Police Depart-ment’s Criminal Investigation Division for their work,” he said.

Anderson, 48, was wanted by the DPD on charges of Rape First and Assault Second. According to the victim, a 35 year old female, the incident occurred at 604 E. Pettus Street Dec. 16.