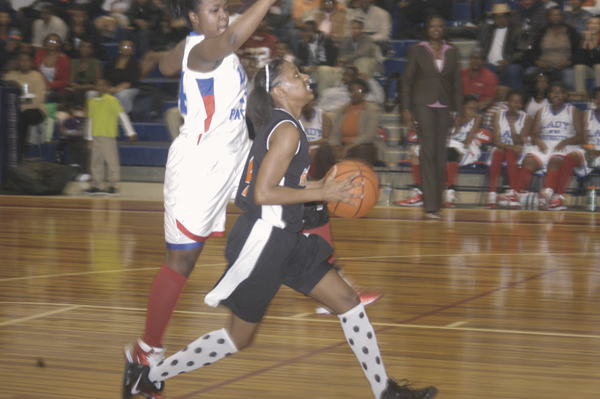 LINDEN — Marengo (9-2, 7-0) overcame a slow start and a tenacious comeback to remain unbeaten in Class 1A, Area 4 play with a 48-43 win over the Lady Patriots Tuesday night.

“We came out flat, but we’re always going to pull through,” sophomore Tallamachiia Dumas said of her team’s performance.

Linden opened the game with an 11-2 lead but saw Marengo up the tempo. By halftime, the Lady Panthers were up 21-19. From there, they kept the pedal down and throttled the Lady Patriots in the third quarter, outscoring Linden 18-8 in the period.

Linden seemed destined to roll over early in the fourth quarter until Kileema Rogers launched a one-woman scoring spree that saw her drain shots from beyond the arc and in the paint to pull the Lady Patriots back from the dead.

Two consecutive possessions saw Linden with a chance to take the lead and fail to convert as Marengo finally closed the door with less than a minute to go.

Rogers led all scorers with 30 points on the night. Marengo will host the area tournament next month.