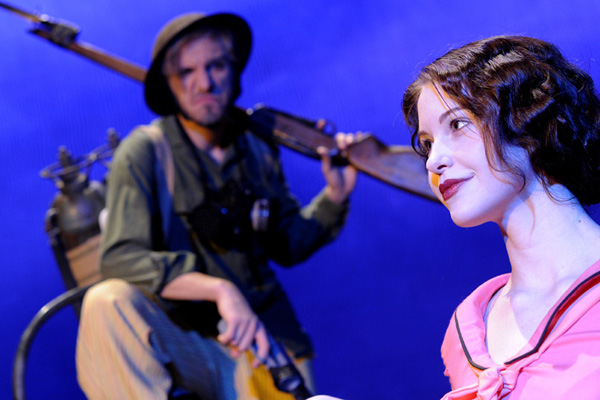 BIRMINGHAM – Demopolis native Catie Cole wants to make an impression on the theatre and film industry but she’ll have to make one on the University of Alabama at Birmingham (UAB) first.

Cole, a 2008 graduate of DHS, landed the lead role in the UAB’s production of “Lysistrata”, which will begin Feb. 16.

In the play, written in 411 BCE, Cole will play the title character and lead role – Lysistrata – who channels her frustrations into an extraordinary mission to end the pointless 20-year Peloponnesian War. Longing for the return of their soldier husbands, the women of Greece, led by clever Lysistrata, unite and vow to stop making love until the men stop making war.

The women seize the Athenian acropolis and agree to be celibate.

The effects of this agreement on the men finally compel them to make peace. Lysistrata proves to the women, who are determined to preserve their traditional family life, that they have the intelligence and judgment to make wise political decisions. What begins as a tenuous solidarity results in hilarious empowerment in this quintessential battle of the sexes.

“There hasn’t been a role where I’ve been like, ‘I want that role desperately’” said the junior Threate and Graphic Design double major. “But I was with Lysistrata.”

Cole said the character’s personality drew her audition for the production’s center stage.

“She stands out,” she said. “She’s very strong, kind of a loaner but she’s young. She has a lot of energy.”

“I’ve played character roles in several productions and I traveled with a tour group to elementary and middle schools to perform but this is my first lead,” she said.

When Lysistrata closes next month, Cole will focus her energies on closing her academic career temporarily and focus on her career.

The move to Southern California also affords her an opportunity to expand her knowledge of the “other” side of theatrical production.

“Cities like Chicago and New York have a great theatre presence but lack the film aspect. Los Angeles has a lot of opportunity for both.”