Unlocking the power of prayer 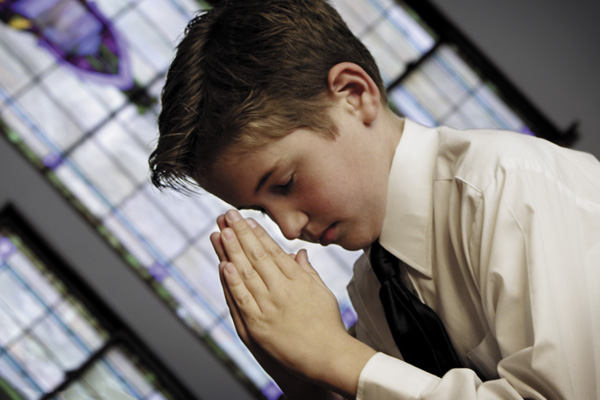 The concept emerged while church leadership was in the process of putting together preparations for its revival meeting.

Atkins pointed out that the 40 days of prayer initiative is designed to help the church prepare itself for the revival it is hoping will take place.

“At the same time, we can get ourselves in position for God to send revival,” Atkins said.

The process began Jan. 5 with church members given a daily outline to help focus their prayers.

Each day utilizes a different Biblical passage and encourages members to pray regarding a specific topic.

On the first day, members read John 1:9 and were encouraged to “ask God to show any unconfessed sin in your life. Pray for personal forgiveness of sin.”

“It brings everybody together,” Atkins said, pointing to the fact that all of those participating have been reading the same passage and praying about the same topic each day.

“It puts us on the same page not just literally, but spiritually.”

When putting together the plan for the event, church leadership saw 40 days as a natural fit for the process.

“In the Bible, a lot of times, the number 40 is symbolic of either testing or preparation,” Atkins said, pointing to various Biblical accounts such as Moses’ time on Mount Sinai, the children of Israel’s 40-year wandering in the wilderness and Christ’s 40 days in the wilderness.

The handout given to church members features prominently at the top of the page a verse from the 29th chapter of Jeremiah and a quote from the late Samuel Chadwick.

“The one concern of the devil is to keep Christians from praying. He fears nothing from prayerless studies, prayerless work and prayerless religion,” the quote from Chadwick, a Methodist preacher from the late 19th and early 20th centuries, reads.

“He laughs at our toil, mocks at our wisdom, but trembles when we pray.”

“In the last few weeks, we’ve already seen God moving in people’s lives,” Atkins said of the difference the initiative is making in the church. “Those are the two common denominators to every spiritual awakening, repentance and prayer.”

But, Atkins said, the prayer will not stop after 40 days have lapsed.

The church has also started an intercessory prayer project which will allow different members to daily pray for Demopolis Police Department officers, fire department members, city councilmen and other city leaders among other things.

Fairhaven members have also been participating in the Take a Second for Prayer program, which has small prayer groups meeting in members’ homes the second Monday of each month.

“We’ve seen through the years when we get serious about prayer, God really starts moving,” Atkins said.

The congregation is also working through a program that will enable each of its members to read the entire New Testament in 90 days as well as taking part in the Black Belt Ministerial Association’s prayer campaign which focuses on four aspects of community togetherness, encouraging its participants to pray that walls be broken down between people in the community, love be built up, God serves as lord of the people of the community and the city is blessed.

“We’re asking all the churches to pray those same things,” Atkins said. The ministerial association will hold its next community worship service Feb. 27 at 6 p.m. at First Baptist Church of Demopolis where Gallion Baptist pastor Hank Atchison will be the speaker.