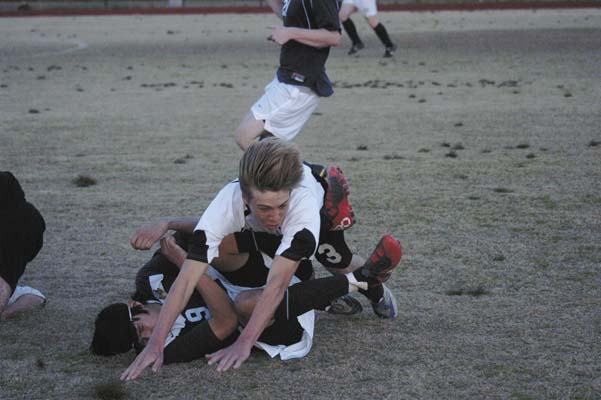 Demopolis (3-3) did little to ease the sting of a difficult weekend Tuesday when it lost 6-2 at home to Paul Bryant.

The setback prolongs Demopolis’ winless streak against the Tuscaloosa area school, a losing run which spans the program’s entire existence.

The Tigers had their opportunities early but failed to cash in, soon folding under the Paul Bryant attack.

“The first 10 minutes (of the match the ball) was on their side,” Keen said. “It never went accross midfield. (Demopolis) just gave up.”

The team surrendered four goals in the first half of play, finding its only pre-intermission answer on an unassisted score off the foot of Jacob Roemen.

The second half began with many of the same struggles as Bryant capitalized on a flat Tiger team early in the period.

“They score five goals on my varsity. I put my JV in and they scored one goal on my JV,” Keen said. “That was a mediocre team we just played. There was nothing special about them.”

Cameron Fendley scored an unassisted goal in the second period for Demopolis’ final offensive output of the game.

The contest saw Paul Bryant connect on six of its 12 shot attempts.

The loss is the third in the last four games for Demopolis, who fell 4-3 to Alma Bryant High School Friday and 4-0 to Theodore Saturday during the Cane Cup Classic.

Demopolis will play again Friday when it travels to face Robert E. Lee High of Montgomery, a team it defeated 6-0 last week.