Williams to begin at FBC 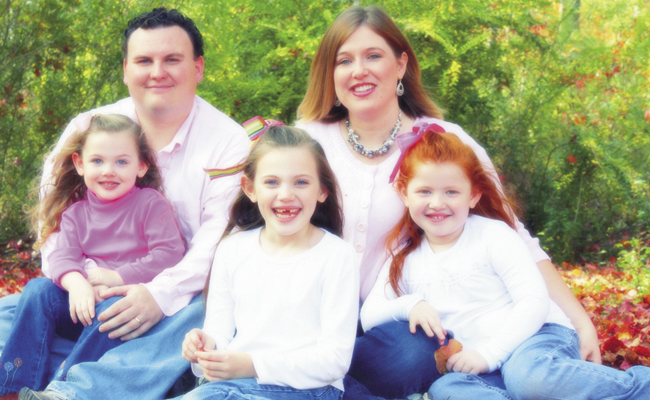 Depending upon the rout chosen, it is about an hour drive from Pine Hill to Demopolis. That should make the move a lot easier for Carl Williams as he leaves Pine Hill Baptist Church to become the pastor of First Baptist Church of Demopolis

“I’m very excited, just anxious to get there and get started,” Williams said. “It’s a great opportunity. We have enjoyed getting to know some of the people already. We’re really looking forward to it.”

Williams will come to Demopolis May 1 with his wife, Ashleigh, and three daughters – 8-year-old Madeline, 5-year-old Marleigh and 4-year-old Meredith.

“To me, it was his strong faith and his integrity and his wanting to follow the Lord’s leadership in his life,” Mila Johnston, chair of the FBC search committee, said of what was most appealing about Williams’ potential as a pastor.

The FBC search committee – which also consisted of Danny Smith, Jennifer Roemen, Kay Evans and Jeff Holley – spent nearly two years trying to locate the church’s next leader. During that time, the committee combed through more than 200 resumes in its search for a pastor. It also lost its original leader when a tragic accident paralyzed former chair Jack Marler.

“He has been a leader in the Bethel Baptist Association,” Johnston said. “He understands the work we are doing. I think it would also help him understand the culture of the region.”

“Both churches are in the Bethel Baptist Association,” Williams said. “Being able to stay in the association and having made connections and friendships with other pastors that helps.”

Williams, 31, moves into his second pastoral role by accepting the position at FBC.

“Pine Hill was my first position where I served as pastor,” Williams said of a role he accepted in Jan. 2006.

“It’s a very tough decision to make, especially when you enjoy being where you are. I feel that it is hard for a minister to gauge a lot of times the work he has done.”

For Williams, gauging success in his new role will be much like assessing effectiveness in his old one. That approach is all about measuring individual progress.

“I think a lot of times in ministry, we’re guilty of looking at numbers,” Williams said.

His arrival brings an end to the tenure of interim pastor Brooks Barkley, a man FBC thanked for his service.

“He was no stranger to me,” Johnston said of Barkley.

“He had been my parents’ pastor and my husband’s pastor years ago. He helped us through the transition. He kept us focused and kept us unified. Throughout his interim period, he has stressed and encouraged us to be more committed to the Lord and our relationship to Him.”