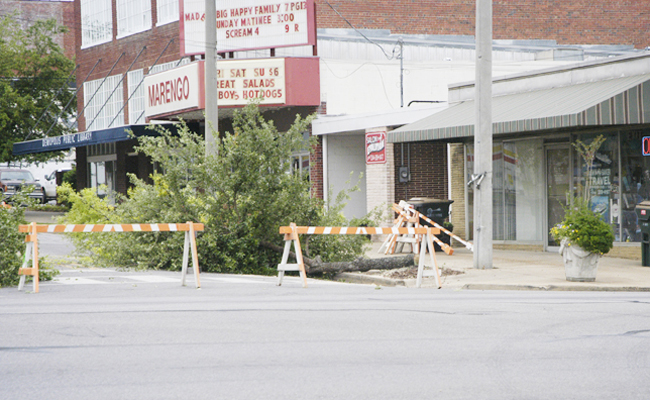 Eleven trees lining the sidewalks of Walnut and Washington were cut down Tuesday.

Business owners along the two streets have long said the trees had been a bane of their business, causing damage to their store fronts and their acorns making it unsafe for many of their customers to navigate the sidewalk.

“It’s sad,” city horticulturist Barbara Blevins, whose department handled the removal, said. “On the one-hand, I can see the business owner’s side of it but it’s still a shame to cut down these trees.”

The oaks had been a familiar part of Demopolis’ downtown district for many years and Blevins said much consideration was given to saving them before the council elected to have them removed earlier this month.

“We could have trimmed the backs (facing the buildings) but that’s just going to put all the growth weight on one side,” she said. “Then the trees would start to lean over and create other problems.”