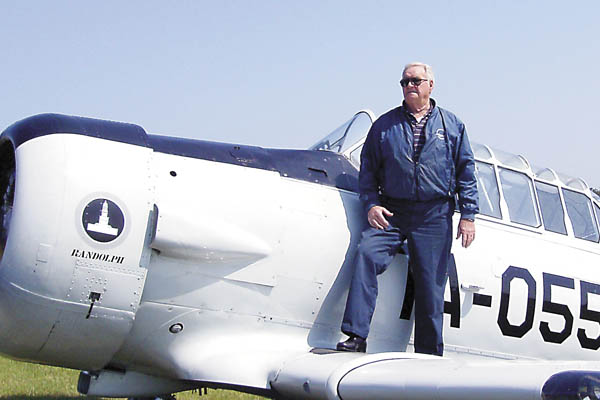 A staple at the now former Demopolis Municipal Airport for 22 years, Sawyer has worked to elevate the status of the facility from a field into one of approximately 25 regional airports in the state.

“I didn’t do anything alone,” Sawyer told The Times in December 2010, prior to his induction into the Alabama Aviation Hall of Fame. “I had the support of every mayor and every council the whole time I’ve been here. We’ve gotten financial help from state aeronautics and federal funding. All of this contributed to the airport becoming what it is.”

While he spends little time speaking of his own involvement in the process and his personal accomplishments, it was Sawyer’s decades of service to the facility as well as his membership in the Alabama Military Hall of Fame and the Alabama Aviation Hall of Fame that helped ease the council’s decision Thursday.

Sawyer served as a fighter pilot in Vietnam, where he earned a number of medals and accolades for valor.

A Mobile native, he began is Air Force career in 1948, serving his country in Europe and Vietnam in both combat and training capacities.

He received the Soldier’s Medal after helping rescue an injured crewman whose F100F aircraft crashed and burst into flames on Sept. 24, 1959 at Myrtle Beach Air Force Base, S.C.

He earned the Silver Star and five Distinguished Flying Crosses and 23 Air Medals while serving as a wing commander and fighter pilot in Vietnam where he provided close air support for U.S. Army Ground Forces.

While his name will always be enshrined in two of the state’s halls of fame, it and his contributions to his country and community will now also be esteemed for years to come at the Julian D. “Buzz” Sawyer Airport.