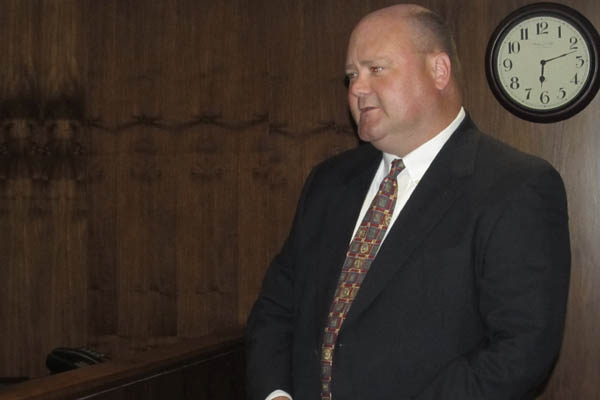 McKinney will serve in a dual capacity, maintaining his role as the county’s chief EMA agent as well as heading 911 effective next week.

“It’s not all that uncommon,” he said of a county EMA director assuming control of 911 services. “I think there’s 15 other counties in Alabama that have done it.”

McKinney, a former chairman of the county’s E911 Board, said the two agencies share many commonalities. Both are communication driven, he said, and often cross paths with similar officials and agencies. Too, there are cost considerations.

“It makes a lot of sense,” he said. “Both 911 and the EMA are funded through a partnership with local, and the state and federal government. We were part of the 15 percent proration. So, we know funding is going down. And we don’t know what it’s going to be like in the years ahead.”

Having a direct link from the EMA to 911, McKinney added, should also streamline the means of communication in an emergency, such as the tornado outbreak two weeks ago.

“The EMA has a direct link to the National Weather Service in events like that and we’re continuously updated,” he said. “Having (both 911 and EMA) under the same roof streamlines those means of communication.”

Further advantageous, McKinney said, is the EMA’s familiarity with a coming mandate that emergency communication migrate to narrowband by 2013. McKinney said that is a significant event in which the EMA will need to get elbow deep in order to bring 911 into compliance by the deadline.

“Right now, the EMA is in compliance. 911 is not,” he said. “There’s all kinds of grant money out there for equipment upgrades, but you have to be in compliance to qualify for it.”