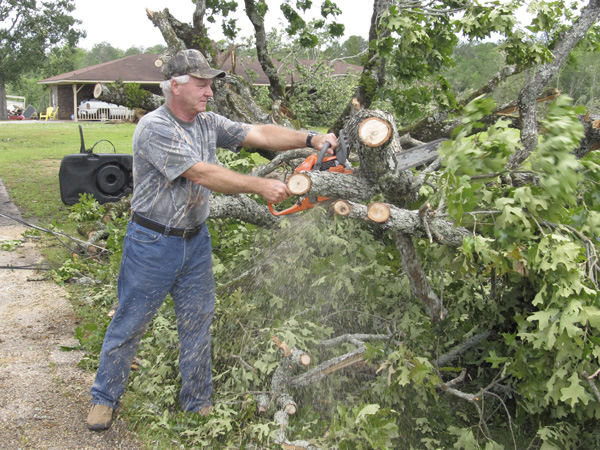 Three people were injured and at least eight homes destroyed in Marengo County during a tornado outbreak that reeked havoc across Alabama Wednesday.

The most significant damage was reported in Faunsdale where five homes were completely destroyed and more than a dozen others damaged.

Damage is fairly consistent on Nash Road and county roads 54 and 51 through Cedar Crest Farms. Three injuries were reported in Faunsdale. Damage tracks all the way back to Highway 43, just north of Linden, where many trees were downed and a few homes damages.

Wednesday was one of the most active weather days of recent record with a death toll statewide that as of Friday reached 228.

The most significant damage came in the towns of Tuscaloosa, Pleasant Grove and Cullman, where clean up efforts could take more than a month.

Preliminary reports say the tornado that struck Tuscaloosa was likely an EF-5, the highest rating possible by the National Weather Service with sustained winds of at least 261 miles per hour.

Notably absent from the list was Marengo County, which Wednesday was struck by its seventh tornado in 12 days.

“(Friday afternoon) The State EMA submitted a list of additional counties affected by the storms and Marengo County was on the list,” said Don Hartley, Region 3 Coordinator with the Alabama EMA. “What we need people in Marengo County to do is to call the 800 number to being the teleregistration process with their claims.”

Additionally, Hartley said the those affected by the April 15 tornado outbreak are also encouraged to call and register their damage.

“That may be the best news I’ve heard in six years,” McKinney said.