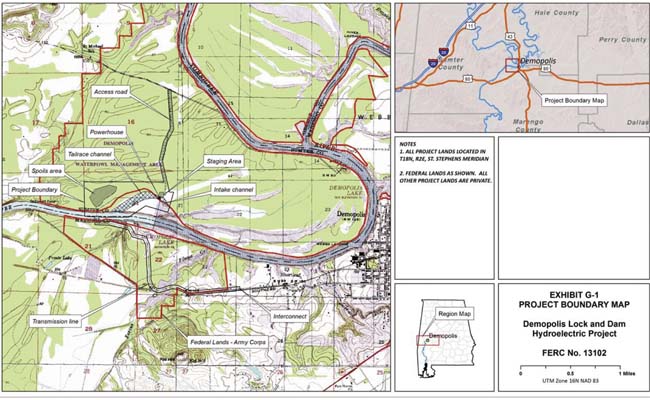 Work on a proposed hydroelectric project on the Tombigbee River continues.

Officials met recently in Demopolis to discuss the impact and feasability of adding a 42.0 megawatt major water project from the existing Demopolis lock and dam system, two miles west of the city. The project is being spearheaded by Idaho-based Birch Power Company.

The construction process is expected to cause at least some disruption to the wildlife that frequent the area, which engineers say warrant further study.

Species affected could include the Bald Eagle, Wood Stork, Gulf sturgeon and several species of threatened or endangered of mussels.

Engineers noted that “standard measures will be implemented to protect eagles” and that wood storks are not likely to be impacted at all.

“They mainly use the sloughs once they start drying up,” said Justin Brock, of the Department of Conservation and Natural Resources.

“That’s mainly where you find them. I don’t think the project would have any effect if it doesn’t change the water in the sloughs.”

There could, however, be a potential for short-term impact to inflated heelsplitter mussel habitats if any are found in the area.

Also, approximately 20 acres of woodland could be lost in construction and completion of the project.

The next step in the project will be digging deeper into the environmental issues raised, including the extent of disruption to fish and mussels during and after contruction and any mitigation methods that may be required.