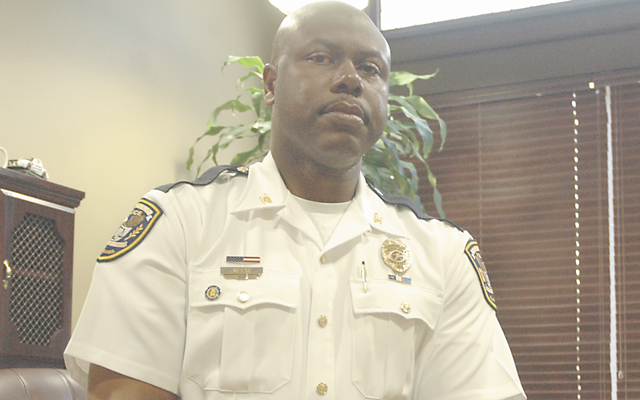 Demopolis Police Department chief Tommie Reese recently received an appointment to the Attorney General’s Law Enforcement Advisory Committee. The position is the latest in a long line of honors and accolades for Reese, who has spent nearly 30 years in law enforcement.

“I guess he was just searching for some top law enforcement officials across the state and I was selected,” Reese said of the appointment. “It was an honor.”

The committee is designed to bring “real issues local governments are facing to the attention of the attorney general’s office, so that they can effectively assist the law enforcement network throughout the state,” according to a city news release.

Reese, nothing if not humble, finds some measure of difficulty in offering a reason for his selection to the board, but does believe he has acquired the experience necessary to be helpful to its purpose.

“I guess being a veteran in law enforcement, I’ve served on a lot of committees around the state,” Reese said. “I’ve served on federal task forces and have just been willing to serve. I guess that has stood out.”

But the answer as to why Reese was selected can be found with a quick study of his nearly three-decade-long career and the manner in which he and his department conduct business.

Reese spent one year with the Alabama Department of Public Safety and four with the Demopolis Police Department before moving on to the Marengo County Sheriff’s Department where he spent 16 of his 18 years as the chief deputy.

That led to its next logical step in 2009 when he accepted the position as Demopolis’ chief of police.

“I find it an honor and a privilege to serve in your hometown,” Reese said. “that doesn’t normally happen a lot, especially at the level that I am now.”

Upon accepting that position, Reese implemented a mission mantra with the department that is indicative of his career and his approach to life: Service, Integrity, Courage.

“Service is first. We are all about serving the community,” Reese said. “You have to have integrity doing that. And courage comes in that nothing will deter you from doing the job you are supposed to do.”