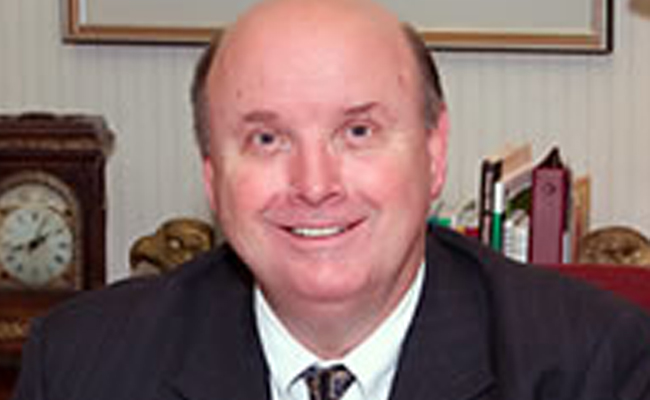 “I enter my retirement years with renewed optimism. With God’s blessings and good health, my future plans are to spend quality time with my family – especially grandchildren – continue research into my Welsh and Alabama ancestry and to maintain my involvement with the University of West Alabama and other local support organizations,” Northcutt said. “I want to especially thank my wife, Nancy, and my colleagues at Robertson Banking Company for their support in allowing me the opportunity to serve my friends, customers and community in the Demopolis and West Alabama areas.”

Northcutt began his 27 year career with Robertson Banking Company in 1984 as Senior Vice President and Trust Officer. He served as President from 1986 to 1996 and was named CEO and Chairman of the Board in 1996. He served in that capacity until 2004 when he assumed the role as Chairman Emeritus, heading RBC Financial Services, which provides trust and brokerage services for the bank.

“All our best wishes from the Board, Officers and Staff of Robertson Banking Company go with John as he begins this exciting new chapter in his life,” Robertson President and CEO Al Garrett said. “I’ve known him since we both went to high school in Jackson, Alabama and he has always been a mentor and friend. We’ve worked together since 1989 and John’s focus has always been to do what was best for Robertson Banking Company and its customers. John has also been an asset to his Church and his community. I know he will continue to work to promote the city and the West Alabama region for the benefit of all of us.”

Northcutt began his career in banking in 1971 as a part-time teller while attending Cumberland School of Law at Samford University. After graduating in 1975, he accepted a position in the Trust Department of Birmingham Trust National Bank. Following moves to Dothan and South Carolina, Northcutt and his family settled in Demopolis.

His accomplishments include recipient of the Silver Beaver Award, induction into the Golden Key Society at the University of West Alabama, Paul Harris Fellow Award of the Demopolis Rotary Club, and the honor of being selected 2010 Citizen of the Year of the Demopolis Area Chamber of Commerce.

Northcutt has been married to Nancy Crenshaw Northcutt for 35 years. They have three daughters: Jennifer Northcutt Bedsole (Mark), Mary Northcutt Schroeder (Chase) and Brittany Lloyd Northcutt. He is also the proud grandfather of twin grandsons, John David and Thomas Bedsole.