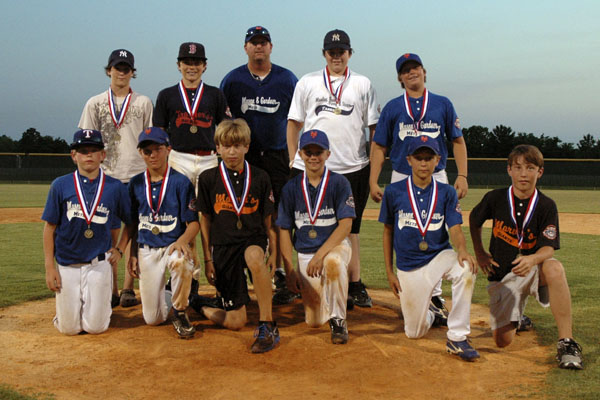 Regional play will follow the state tournament, which will be held in Brewton this weekend.

The Demopolis team has already secured a spot and Linden can secure a position based on its play this weekend. The Regional Tournament will also feature teams from around the Southeast and the Bahamas, who won the 12 year old World Series last year.

Securing such an event will bring upwards of 500 people to the city July 28.

“The impact will be huge,” said Rob Pearson, who will serve as Regional Representative for the games. “It will fill this city up.”

Last year, Demopolis served as host to a similar tournament for 14 year olds. Based on geography, the potential economic impact this year will likely be greater.

“Last year was great,” Pearson said, “but we had two teams – Monroe and Bibb County – that drove back home. Outside of Demopolis and maybe Linden, everybody else will be looking to live here for a while.”

Also advantageous of the nearly week-long event is the age of the ball players.

“At 12 years old, they tend to bring parents, grandparents and aunts and uncles,” Pearson said. “They just tend to travel with a larger group.”

Hosting its second tournament in as many years will go a long way in raising the SportsPlex profile for summers and tournaments to come.

“Getting your second (tournament) depends a lot on what you do with your first one,” Pearson said of last year’s event which was met with positive reviews. “We’ve gotten two regionals the past two years. Eventually, we’d like to host a World Series too.”