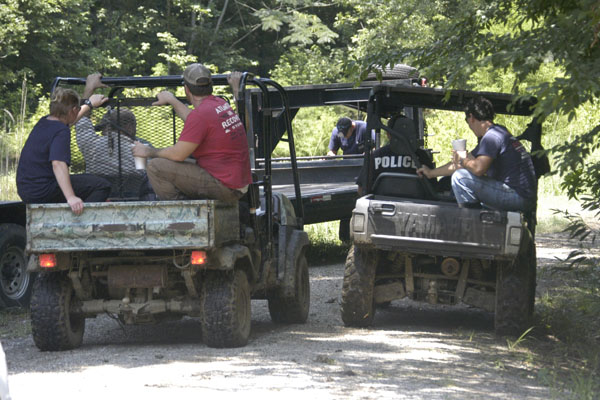 Kenny Freeman has taken hundreds of people around his hunting camp just west of Demopolis over the past 23 years.

The caretaker for Cadwallader Place has trotted hunters from all over the country to the stead in search of various wild game.

However, Freeman has spent the past three days trekking a once quiet hunter’s paradise with an entirely new group of visitors – federal authorities.

Agents with the Federal Aviation Association and the National Travel Safety Bureau have flocked to the site of a fatal plane crash Saturday which just happens to sit on Freeman’s property.

“We were coming down this very road right here, maybe less than a mile,” Freeman said of where he was when the plane struck the ground on the 3000 acres that he manages. “We didn’t hear or see anything, though. We didn’t know anything was going on.”

Freeman said he and his eldest son, Jake, awoke around midnight to the sound of what they thought were four-wheelers.

“That time of night, nobody’s supposed to be out there,” he said. “So we got up and looked around but we never saw anything.”

In hindsight, Freeman speculated the noise was likely a search plane looking for the wreckage near the camp house he calls home.

“The next morning, we heard about the crash so we drove up to the airport,” he said.

“Once they said where it was, I showed them how they could get to it, which just happened to be right through my place.”

The plane crashed approximately 2 miles from the cabins used by those who hunt the property but the wreckage came to a rest frustratingly close to a more appropriate spot.

“I measured it. (The plane) is about .8 miles from the end of the runway,” Freeman said. “It’s sad…he was just so close.”

Freeman said he and the land’s owner, Birmingham attorney Alex Jones, had discussed erecting a memorial to the Teutenbergs if the surviving family members consent.

“Just something to give them a place to come get some closure,” he said.