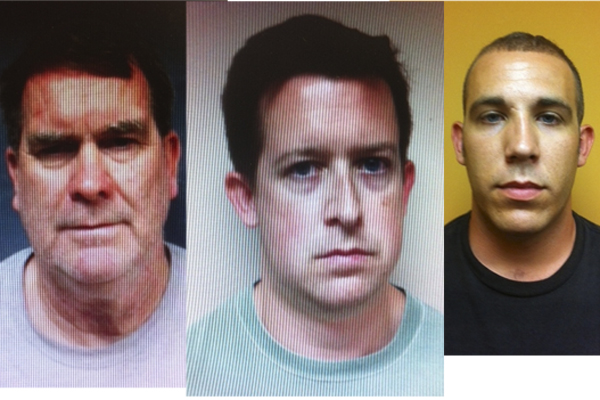 This week the Demopolis Police Department arrested three men who each allegedly transmitted obscene material to a child.

“It seems like for all the television programs that air people getting caught doing these types of crime, they would get the message,” DPD Chief Tommie Reese said. “The Criminal Investigation Division (CID)has been very aggressive this year in working the Internet and for that I give them two thumbs up.”

The CID has arrested six men in the past 45 days, each charged with Transmitting Obscene Material to a Child by Computer.

The Demopolis Police Department have arrested seven men this year who each are charged with sending obscene material to a minor child.

In each case, the suspects were actually corresponding via the Internet with Demopolis police officers but, tragically – nationwide – that won’t be the case every time.

In hopes of educating local parents and guardians about the threats online sexual predators pose to their children, the Demopolis Police Department and the U.S. Attorney’s Office of the Southern District of Alabama will be hosting an Online Sexual Predator Safety Class for Parents.

“We want to educate them about how these people are finding our children,” Demopolis Chief of Police Tommie Reese said. “What to look for, keeping kids out of chat rooms, how to monitor their kid’s Internet usage and how to spot potential problems before they arise.”

Each suspect the department has arrested this year has come from outside Marengo County and some from out of state.

Reese said educating parents on how their children are using the Internet will go a long way in keeping them safe from the dangers on the Information Super-highway.

“Just imagine if one of these guys actually got to one of our kids,” he said. “If they come down here and take them back where they’re from, we may never find that kid. It’s going to be a tragedy.”

The class will take place at the Demopolis Police Department Training Room located at 301 East Washington Street, July 27 at 5 p.m.

The class is free and open to the public.