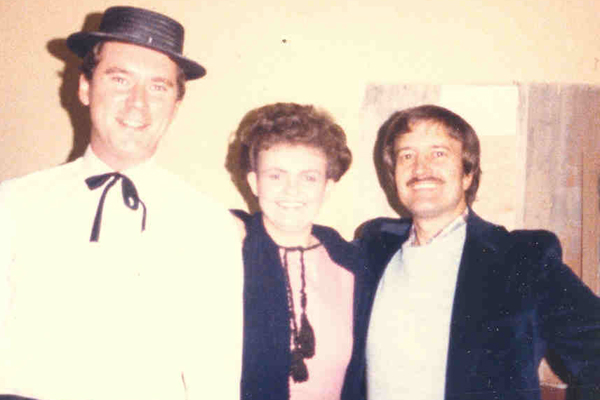 This year marks a special anniversary for the Canebrake Players as the community theater group celebrates its 30th anniversary.

The non-profit group, which gives college scholarships to many of its younger participants, began its work in 1981 and has remained in the old Canebrake School since its inception.

“I love that place,” Jennifer Roemen said of the school-turned-theater. Roemen has worked with the group for 23 years, serving in every capacity imaginable during her time with the Canebrake Players.

“I’m not surprised,” she said of the success and longevity the group has had. “There has been, from the beginning, a board of officers who have looked out for that place, who have wanted it to last. We’ve picked some more people up over the years, but the core group has always remained.”

Part of that early core group was Buddy and Jan Wilburn, a couple who helped drive the Canebrake Players forward with a long series of successful productions.

“Jan directed many of the early plays before we started branching out and brining in guest directors,” Roemen recalled.

Since its humble beginnings, Canebrake has relied upon community involvement to thrive. From volunteer actors, directors, costumers and technicians to donations, the organization has been entirely Demopolis-driven.

“The only reason I got more involved with it is because they were doing a Christmas play and they needed some adults to get up there and read,” Roemen said.

Since that time she has grown to appreciate the intricately woven community tapestry that is the heritage of the Canebrake Players.

“We have a wealth of stuff people give us that I feel a responsibility to take care of,” Roemen said. “I feel like we are so fortunate that people give us so much. Community theater is not just about people who are actors. I think it is a fabulous outlet. It’s a fun place. It is just a fun place that is magical. It is just such a cool place in this town and I would love to see it be here forever.”

That hope is one shared by Canebrake Players president Laurie Willingham, who began her three-year term in the lead office this year.

“We want to grow. We want to continue to grow,” Willingham said. “We want more people to come see us. I think there are still some people that don’t realize the caliber of our performances. We’re so much more than you think. This is a good show that you are going to see. It is not just a bunch of people who decided to get up there and throw on some costumes and have fun. It is a quality show.”

Willingham began her involvement with the Canebrake Players in 1984. After a few years, she had to suspend her participation for nearly two decades before returning to her first love in 2007.

Willingham believes the Canebrake Players’ focus on giving back to the community is a vital part of its success over the last three decades, and that continued focus on enriching the world around them will keep them thriving for decades to come.

“We don’t care about making a profit so much that we just want to keep going. Right now we’ve got this huge thing going where we’re trying to raise money for new curtains,” Willingham explained. “Other than things like that to keep us operational, we want every penny to go back into the community.”