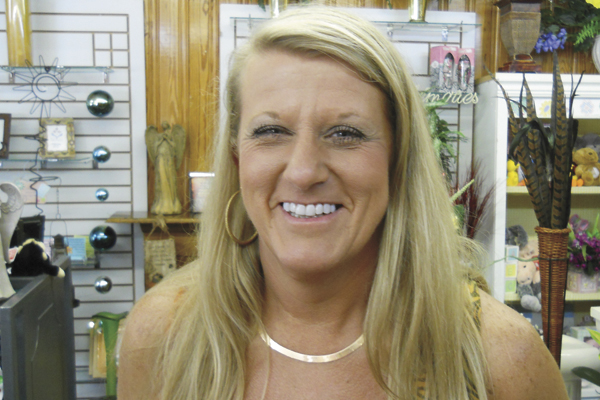 LINDEN – The Linden City Schools Board of Education has a new member after the city council appointed local business owner Nellie Sullivan to a vacant seat on the BOE last week.

Sullivan, a Linden lifer and graduate of Linden schools, was surprised to be approached about the opportunity.

“I hadn’t even thought about it,” Sullivan said. “I’ve always heard of people being on it, but I never thought I would be one of them.”

Prior to her appointment to the board, Sullivan – who also owns and operates Nellie’s Flowers and Gifts on Highway 43 – maintained an active role in assisting students in a variety of ways.

“I am anxious to work with the school for the kids,” she said. “I want something better for the kids here.”

Sullivan fills the seat left vacant by Joyce Yeager, who stepped away from the board of education after a 13-year run.

“Some of the ones that are and were on the board were some of my teachers,” Sullivan said. “You just never think you’ll be where they are one day.”

Despite her surprise at being approached about the vacancy, Sullivan said she did not hesitate in taking the post.

“I didn’t have any hesitation at all,” she said. “I just want to do anything that I can do to better for the kids and get more for them here in Linden.”

The Linden BOE meets the last Monday of every month at the central office.