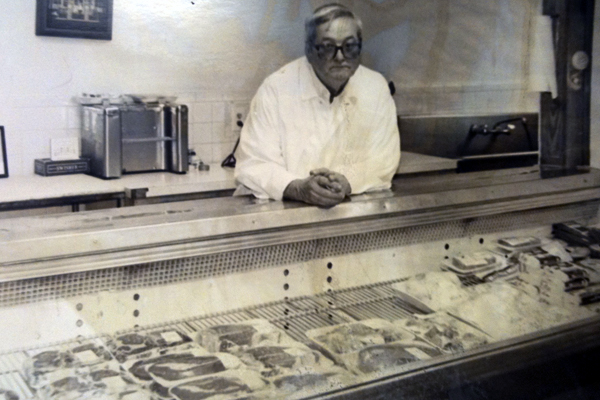 Demopolis lost one of its most prominent citizens Monday when Elmer Pruitt passed away at the age of 81. A father of two, grandfather of five and great grandfather to one, Pruitt left behind a healthy family and a lasting legacy.

“He was very interested in seeing Demopolis grow,” his wife, Chug, said of her husband’s love for the community he has long called home. “He was a member of the Rotary Club. I don’t know how many years. He enjoyed that.”

Pruitt was a standout athlete at Demopolis High School, starring as a catcher on the baseball team while also serving as one of the Tigers’ top performers on Chink Lott’s football team. Following his graduation, Pruitt married Chug, his high school sweetheart, and began working with Griffith Packing Plant.

Pruitt later moved to work with Wilson Foods before going into business with his brothers.

“He became a member of the company at Griffith Packing Plant probably in about 1953. He was there until 1969,” Chug said. “And then he went to work for Wilson Foods. He was attached to Graves Company Warehouse in Demopolis. About nine years later, he went into business for himself with his brothers, Billy and Percy. And he was the meat man. He was there for 25 years.”

The Pruitt name grew to prominence largely through a professional endeavor that saw Elmer own and operate a gas station on the west side of town, a Highway 80 staple known as Pruitt’s.

The family later sold the station to Sonny Cameron in 2002. Today, it is known as Parr’s West.

But Pruitt’s imprint on Demopolis and Marengo County goes further than his business ventures and athletic accolades.

He took an interest in local politics and proved a capable leader in city and county government.

Pruitt ran for city council and won his intended seat, serving on the Demopolis governing body from 1984 to 1992.

Upon leaving the council, Pruitt began an 8-year run as a county commissioner that concluded in 2001.

“The reason he ran for city council, he wanted to make sure the school system (was in good shape). He wanted things to be good for Marengo County and for Demopolis,” Chug said. “He had a lot to do with the new high school and also the county jail, and the Sports-Plex.”

Pruitt’s efforts made an impact in the community that will be felt for years to come. But, according to Chug, her husband also made a sizable impression on the people he dealt with daily.

“He was just sort of a character-type person who loved everybody and when he shook your hand, you kind of felt good. He always had something funny to say and made you feel good about the day,” she recalled of her husband of 61 years.

“He was a character-type person. They don’t come along as often as they should.”

The family will receive friends at the Pruitt home Wednesday night from 6 to 8 p.m.