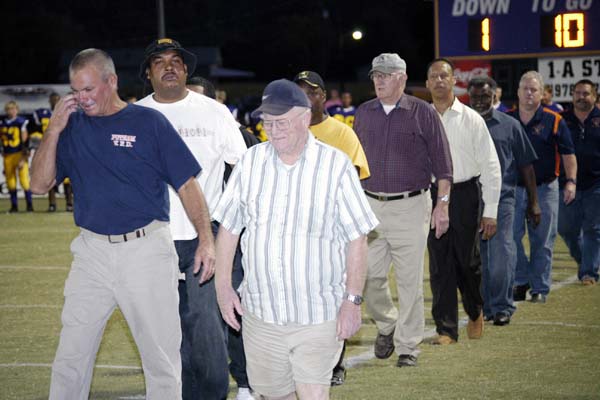 Sunday will mark 10 years since a series of organized attacks destroyed the World Trade Center, damaged the Pentagon and forever changed the scope of American society.

The class is comprised of high school seniors, all of whom were seven or eight years old the day of the terrorist attacks. Most of their lives have been spent in a post 9-11 world. Without prompting and discussion, they understand very little of how the world was Sept. 10, 2001.

“The airport security, they search you so much now,” Gigi Perry commented.

Much of the class was, at least in part, taken aback as it watched videos from the History Channel website.

The images of New York City residents reacting in the immediate aftermath of the attacks filled the room just moments after the DHS seniors had spent time recollecting where they were that day.

“I was living in Wyoming at the time. It was 7 a.m. there and it was 9 a.m. in New York,” Conner Cain recalled, going on to explain that her family watched the news reports in the morning.

“They watched it on TV the rest of the day,” Madison Davidson added of her family’s response to the news coverage.

“A lot of people withdrew from school,” Alex Wright said.

“The whole school day went on hold,” Gwin added. Much of the same continued on into the days that followed.

“The next day at school, we had those moments of silence throughout the day,” Perry said.

For Perry, the memory stands out because she and her younger brother, Tripp, shared a fascination with the towers at the World Trade Center before their collapse.

“My brother told me and he was four (years old),” Perry said of how she learned of the attacks.

“We had a fascination with the World Trade Center. He told me those buildings we like got hit.”

Logan Holley’s memories are distinctly different as he readily admits he had no awareness of the World Trade Center.

“I didn’t even know what the towers were,” Holley said.

Most of the students acknowledge they had little understanding of the events of the day because of their young age at the time of the attacks. Wasson is quick to point out, however, that their lack of understanding in the moment was not indicative of their age.

“I had seniors (in class),” Wasson said. “We sat and watched and we didn’t know what was going on either.”