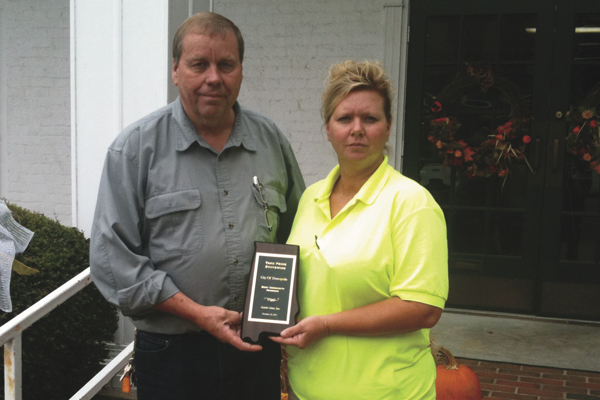 Accolades continue to roll in for the City of Demopolis and those responsible for its upkeep.

“The truth is, it’s nothing that I’ve done,” Blevins said. “I don’t do anything by myself. It’s the hard work of the city, its employees and volunteers.”

Auntie Litter is a Birmingham-based organization which promoted education in schools about the negative impact of litter and the positive effects of recycling.

The city’s efforts with other litter agencies, like Renew our Rivers, led Auntie Litter to bestow its annual award.

“And all the trash Renew our Rivers has pulled out of that river,” Baker added. “It’s just a culmination of lots of things.”