Haints and Haunts gets ready for next week 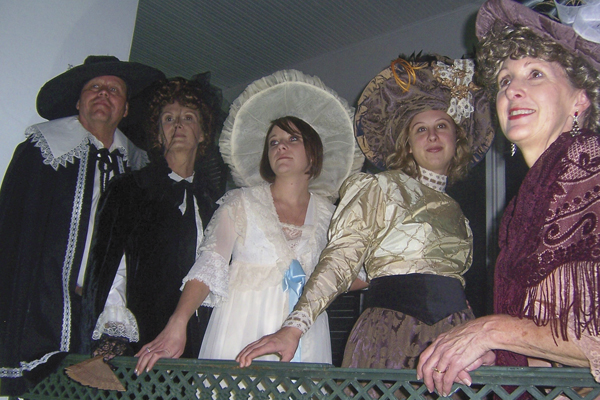 The Marengo County Historical Society is gearing up for its annual Haints and Haunts tour, a glance at some of the area’s most frightening places.

“Demopolis’ lifeline is the river. It is one of our biggest resources in keeping Demopolis vital over all these years, and three years ago in deciding to put this event together we all wanted the river as part of the tour,” Kirk Brooker of the Marengo Historical Society said. “We brain-stormed for a title that would convey that this tour would be historically based in truth, but with a twist. Many people are unaware that Tombigbee is derived from native american’s speaking of an “itombi ikbi” – a coffin maker – that lived on the river. The white settlers in the area would hear the native americans talk of itombi ikbi, and eventually the river came to be called the Tombigbee.”

The stories that make up the tour are told in first person and are all based on real stories rooted in the history of Demopolis. The stories are played out by local actors.

The tour will include many of the favorites from years past as well as a slew of new stories.

“If you think you’ve ‘been there, done that’ – think again,” Brooker said.

Some of the stops on the tour will include Trinity Episcopal Church, Town Hall and Public Square among others. Tours hold a maximum capacity of 48, with 24 going by land and 24 going by sea.

Those seeking more information or wishing to purchase tickets are encouraged to call 289-9644.