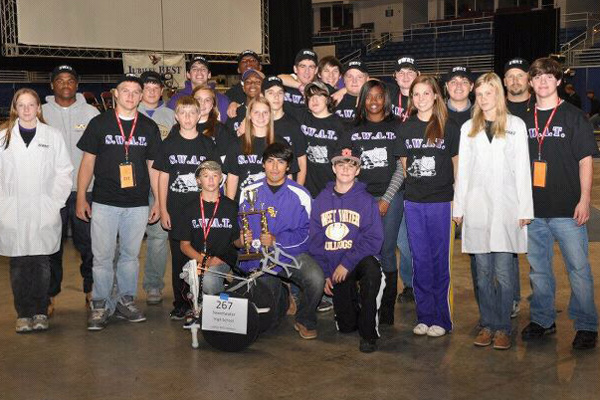 They will compete with the Top 50 teams from six different states, including Alabama, Florida, Tennessee, Georgia and Mississippi, and Pennsylvania.

To advance to this Regional Championship, SWHS Robotics team competed in the BEST Competition in Mobile last month and placed second out of 45 teams in South Alabama.

This is the second year SWHS Robotics team has made it the the Regional Championship in Auburn.