No cause known in explosion 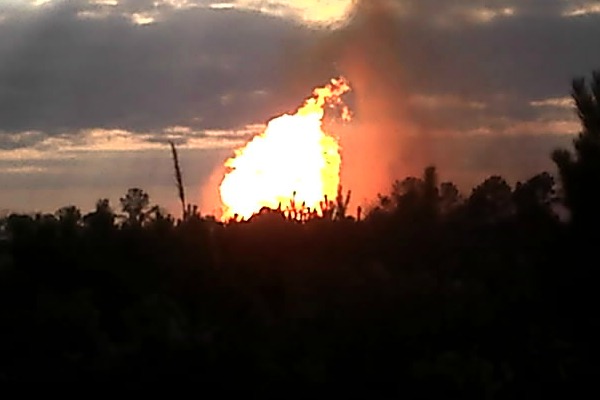 A Transco natural gas pipeline ruptured at approximately 3:07 p.m. Saturday with an explosion that could be heard for more than 30 miles while shooting flames nearly 100 feet in the air for over an hour.

The pipeline was shutdown immediately after the failure as firefighters battled the blaze for the next 90 minutes.

“Certainly, this is a serious incident and we are very thankful that there were no reported injuries,” said Larry Hjalmarson, vice president of safety, environment and pipeline integrity for Williams’ gas pipeline business. “We are extremely appreciative of the excellent response by local emergency response personnel, as well as Williams employees who instituted emergency shut-down procedures. Our focus now is on determining the cause of the incident to ensure that our neighbors and employees remain safe.”

The fire was isolated to a mostly unpopulated area down Highway 69 toward Myrtlewood – near Rembert Hills Road – on hunting land. There were no injuries reported but original reports indicated there were three hunters on the property at the time of the blaze. However, all were accounted for and left the property before the actual explosion.

Robyn Knight, who lives in Jefferson, said she could see and hear evidence of the fire from her home.

“It sounded like a jet engine for 20-plus minutes. Friends were posting (on Facebook) about a shaking of the ground down on the coast at the same time the roaring was happening. Must have been a large pipe. We could see the fumes from the camp.”

Transco said they would investigate the cause of the explosion. 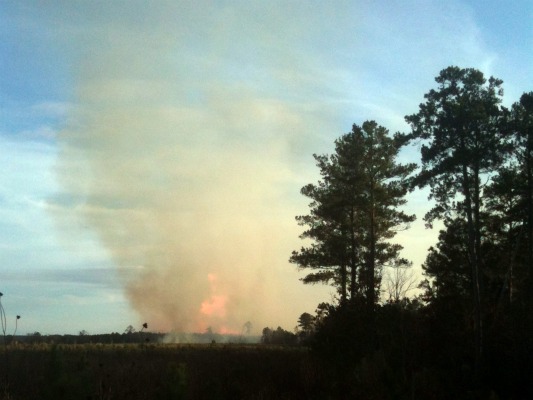 The picture above was taken from Highway 69 South. - Lynn Smith