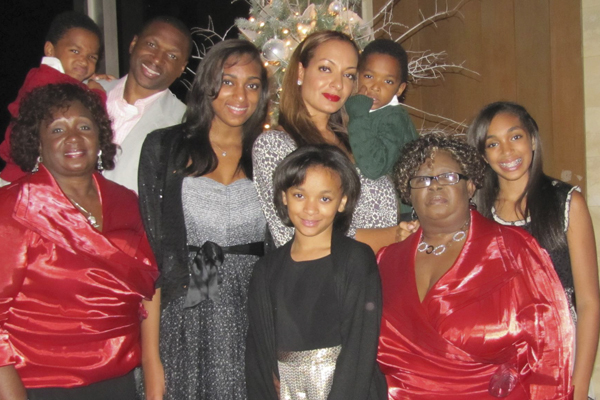 Amid speculation that connected him to the Miami Heat and Chicago Bulls among other teams, Theo Ratliff confirmed Wednesday night that he intends to retire.

“I’m retiring,” the 16-year NBA veteran and former all-star said in a text message to The Times. “I’ve had enough of the relocating and being away from the family. My kids are growing up. Daddy needs to be in pocket. My business life has been on full throttle. I am enjoying learning and being a part of the business world.”

Ratliff, a Demopolis native, played his final season in the NBA’s 2010-2011 campaign with the Los Angeles Lakers. Donning the purple and gold of the Lakers put Ratliff on the ninth team of his career and his eighth since 2004.

“Right now, I’m not looking to try to do anything,” Ratliff said in a phone interview Thursday morning. “I haven’t spoken to anybody. Right now, I just want to concentrate on my family, my business and getting that part of my life in order. The constant moving around, with the kids, is a problem. It becomes a problem.”

Ratliff, who now resides in Atlanta with his wife Christina, is the father of six children.

“With six kids, it can wear them down with them trying to move all over the place,” Ratliff said.

The former Wyoming standout still figures to have the game as a key part of his life through various business ventures and the support he will lend to his children’s teams.

“It’s fun. It’s always fun, being able to get out there and mentoring their teams and showing them a little bit with the fundamentals of the game,” Ratliff said.

While his family will be Ratliff’s key focus, he also has a number of business ventures ranging from Rebound energy drink to Future Phenom, which, among other things, helps youth and high school sports programs with fundraisers.

The business side of basketball and athletics has long been alluring to Ratliff, who has spent much of his career away from the court learning about networking and negotiating.

“Ultimately, you want to take the opportunity and gain the network and the connections while you’re in the league and you’re popular and have an opportunity to meet with these different CEOs,” Ratliff said.

“I’ve always taken the approach that since I came into the league, I wanted to be in the trenches and know what was going on with the negotiations. I jumped right into the union my rookie year. By my third year, I was already on the board. I served on the board for 13 years and got a chance to cooperate and shake hands with a lot of the owners.”

Ratliff served as the vice president of the NBA Players Association, helping to guide the league through its latest lockout, which ended earlier this month. The collective bargaining dispute was the second such work stoppage Ratliff has helped negotiate the league through during his playing days.

“That’s the stuff that, when you’re done, it continues to help you. It is an easier transition into the business side of things,” Ratliff said.

While Ratliff had his best statistical seasons between 1998 and 2001, he has spent the latter part of his career acting as a mentor for younger players, a role he readily embraced and one from which he still reaps rewards.

“You see guys on TV, young guys that you mentored and you see them maturing,” Ratliff said. “My final years in the league, that was more so my role, trying to take a young guy who has potential and trying to teach him certain things to help them have the same longevity I had.”

While Ratliff does intend to retire, he stopped short of closing the door entirely on his playing career.

“I’ve enjoyed my time playing the game,” he said. “I’m not saying that if a position came open later on in the year, I wouldn’t look at the opportunity. I haven’t concentrated on playing. I’ve been in negotiations all summer trying to make sure guys get back to work.”

If his career has indeed run its course, Ratliff finishes up averaging 7.2 points, 5.7 rebounds and 2.4 blocks per game over 810 contests, cementing his reputation as one of the game’s all-time great shot blockers.

“It has been blessing after blessing, just having an opportunity to be on the teams that I’ve been on and having close relationships with people from every team I have been on,” Ratliff said. “It’s something that you’ll never forget.”