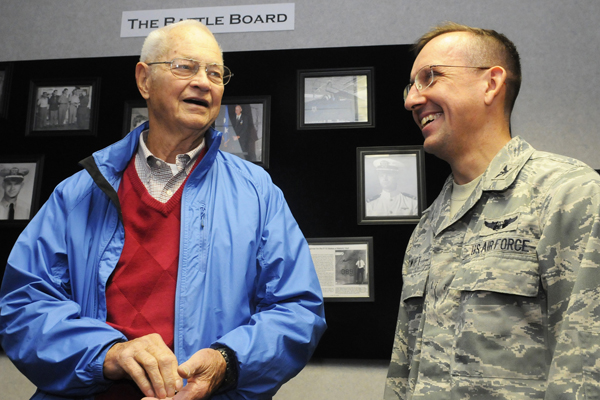 The Crawford Battle Room, a heritage room in Bldg. 300, was dedicated Dec. 7. One wall in the room was dedicated solely to him. Battle, who left government service in 2007, was known as the technical expert on the F-15 weapon system.

He was involved in the aircraft’s original development. The heritage room includes walls of photographs, letters and memorabilia, and a history of the evolution of the base’s F-15 program.

Through several months of work, the room’s highlights include foreign military sales, operations and engineering. Swift pointed out that it was important to connect everyday people who have made contributions to the program.

“For the next 25 years we will be populating this room because the F-15 will be around for 25 years or more,” said Swift. “There is a lot to be added.”