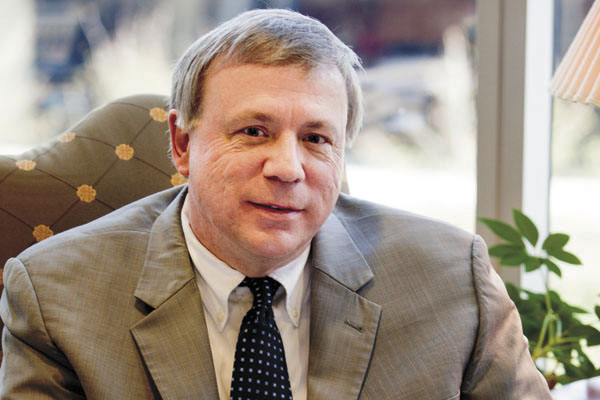 Demopolis native William Gantt, a graduate of Demopolis High School and the University of Alabama, has been named among Birmingham’s top-ranked attorneys in civil litigation by two of the city’s publications.

Gantt, an attorney with Huie, Fernambucq & Stewart, LLP, is included among Birmingham’s “Top Attorneys” in March 2012 editions of Birmingham Magazine and B-Metro Magazine.   Birmingham Magazine is published by the Birmingham News. B-Metro is designed to cover topics of importance to residents within the city’s metropolitan area. Both rankings are based upon favorable ratings of Gantt taken from surveys of Birmingham area attorneys.

The son of the late Wynell and Bill Gantt of Demopolis, William graduated from the University of Alabama School of Law in 1981. He has practiced in Birmingham and defended civil cases throughout Alabama since his graduation from law school and admission to the Alabama Bar.

Recently, in January 2012, he spoke about worker’s compensation topics in a meeting of local human resources managers at Bryan Whitfield Memorial Hospital.

In Demopolis, Gantt serves on the board of the Friends of Gaineswood. He is a member of the Marengo County Historical Society and serves as the tri-state Director of the Southern Literary Trail, which includes Demopolis and other towns of literary significance in Alabama, Georgia and Mississippi.

The Trail receives frequent grant support from the Alabama Humanities Foundation, the state branch of the National Endowment for the Humanities. Gantt is a current member on the advisory board to the Alabama Center for the Book, headquartered at the University of Alabama in Tuscaloosa. The Center promotes literacy and book arts in Alabama.