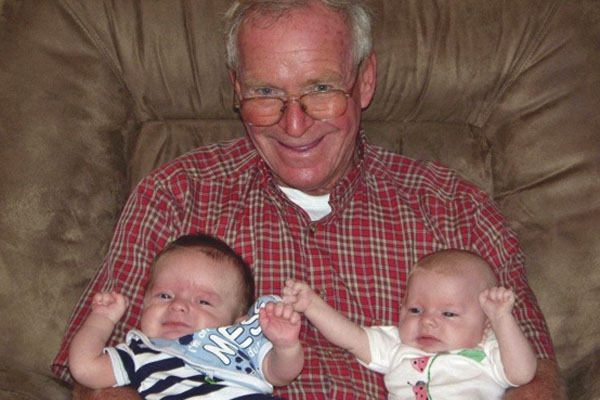 Sprinkle began his education career with Demopolis City Schools in 1969 when he took over as an eighth grade science teacher. Three years later, he began teaching high school biology. His illustrious career, which also saw him serve as an assistant football coach, culminated with his retirement in 2006.

Over his tenure with Demopolis City Schools, Sprinkle touched countless lives. Many of the individuals he impacted have, over the last few days, made a point to show their support for the Sprinkle family and their love for their lost friend.

“We are so saddened to hear of the passing of our dear friend, beloved teacher and coach, Terry Sprinkle,” Lydia Randall, assistant to the DCS superintendent, wrote in an e-mail addressed to all DCS faculty and staff Thursday. “Coach Sprinkle taught with the Demopolis City School System for 37 years, which means he taught many of us and most of our children. Not only was he a great science teacher, inspiring us all to love our natural world, but the hardest working person and most sincere friend you could ever meet.  He, literally, never met a stranger and everyone came away a better person just for having met him. If you knew him, you knew how much he loved his daughter Gina, and son Shane. They were the light of his world, and the grandchildren made it even better.”

“The Smile is one thing I will always remember. Plus the way he motivated all of us in the classroom and on the football field,” former student Russell Baty said in a Facebook post.

Baty proved to be one of a number of former Sprinkle pupils who took to social media to express their condolences and remember the smile and manner of their late teacher.

“I remember him saying that more than anything he wanted to teach us to think. He was always there to listen if I was having a hard time with something in my life,” Cheryl Hamilton posted. “I will never forget those tests that were blanks sheets of paper that the questions were everything you know about one thing or the other or draw the kreb’s cycle. He was brilliant! I will miss his smile and that twinkle in his eyes.”

“Terry was a long time friend to me and so many others. He taught both of my children and they were so blessed to have him,” Van Kelley wrote. “I was on the Demopolis School Board many years ago and whenever something came up that I felt like I should talk to a teacher before I voted on, I would always go talk to Coach Sprinkle. You could give him both sides of the problem and he would always start out with ‘Well, it’s like this…’ And then he would give you his very sensible opinion, which by the way, turned out to be correct 99 percent of the time! He was brilliant, he was funny, he was a hard, hard worker, and he was a friend to everyone he met. We are all so lucky to have known Terry Sprinkle and the world just lost a good man.”

The city recognized Sprinkle’s contributions in 2005 when it named him St. Nicholas for its annual Christmas on the River celebration. Sprinkle, who served as the sponsor of the Demopolis High Key Club, also received an honor from the Demopolis Rotary Club in 2006 when he was recognized as a Paul Harris Fellow.

The family has requested, in lieu of flowers, donations be made to the Demopolis High School Science Department.

A memorial service is scheduled for Saturday at 2 p.m. at Nelson Funeral Home in Fayette.