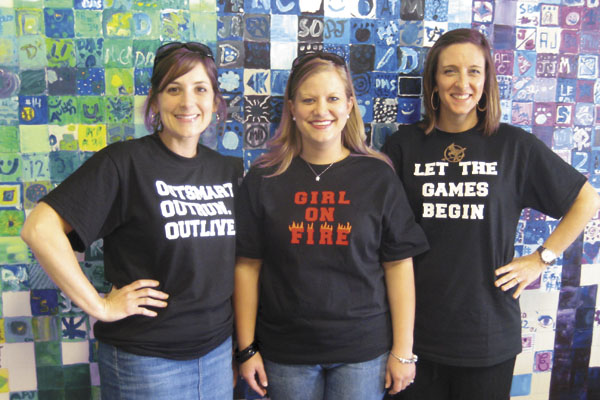 The Hunger Games phenomenon reached a boiling point over the weekend as the film debuted with $152.5 million in its opening weekend.

The film, which is based on the first book of Suzanne Collins’ wildly popular trilogy, opened with record numbers in attendance at midnight showings nationwide.

The Lionsgate picture posted the largest debut ever for a non-sequel film.

The opening weekend haul put The Hunger Games in elite company as it landed at No. 3 on the all-time list of box office openings behind only the 2011 series-climaxing film Harry Potter and the Deathly Hollows – Part 2 ($169 million) and the Christopher Nolan’s 2008 introduction to the latest Batman trilogy, The Dark Knight ($158 million).

The Hunger Games even had its effect in Demopolis, where well over 200 people showed up at Demopolis Marengo Theater for the 7 p.m. showing of the film Friday night.

Attendance tapered off over the weekend as the next six showings of the movie at the theater paled in comparison to the their predecessor. By the close of business Sunday, the theater had shown the film to approximately 450 people.

Still, excitement for the film was high for a number of local people. Collins, a former writher for 1990s Nickelodeon teen comedy Clarissa Explains It All, targets a young adult demographic with her novels, which feature a 16-year-old protagonist who must first fight for her life before later finding herself pitted against an oppressive regime.

However, the underlying social commentaries about big government and the dangers of an entertainment-obsessed society give The Hunger Games and its two sequels legs with adult audiences as well.

That much was apparent at Demopolis Middle School Friday as teachers Andy Turberville, Julie Massie and Lisa McHugh sported homemade T-shirts in celebration of the movie’s opening. The shirts, made by Turberville, each boasted a phrase taken from or related to the book series.

Demopolis Marengo Theater will show The Hunger Games at 9 p.m. each night this weekend while the film figures to be in multiplexes nationwide for several more weeks.

Whatever the film’s final numbers turn out to be, The Hunger Games has already accomplished more than enough to merit the release of its first sequel, Catching Fire, which is tentatively set to drop in 2013.