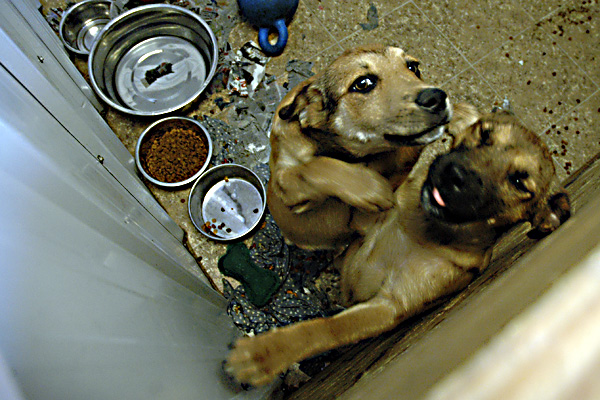 While the Demopolis Police Department’s Animal Control detail and the Bigbee Humane Society are separate entities, both are struggling with canine overpopulation.

The population problems have led to a record number of unadopted dogs at the Bigbee Humane Society and put several others at risk of euthanization.

“I hate to say it, but the city can’t just hold dogs,” a pained Demopolis police chief Tommie Reese said. “The city holds dogs for 20 days. After 20 days, the dog is transferred over to Bigbee. If Bigbee can’t accept the dog, we have to look at euthanizing it.”

While the humane society has not yet reached the point at which it can no longer take anymore dogs, that truth may well be near as Bigbee is currently housing in the neighborhood of 80 animals.

“We take the dogs (from the pound) after 20 days if we’re able to take them and have room for them. If not, their policy is to put them to sleep if they’re not claimed,” Cindy McDonald, head of the Bigbee Humane Society, said. “For the past year and a half, we’ve actually been able to not put anything to sleep. But, right now we’ve got 80-plus dogs. We’ve built all those dog kennels and that building to the right of the property and there’s no room at all. (The city’s animal control) building is full right now. Unless we can move some dogs off our property, those (dogs under city control) will be put to sleep.”

“The city is not in the business of euthanizing dogs,” Reese said. “We don’t want to euthanize any dog. But we can’t maintain 1,000 dogs and feed them a couple times every day. Neither of us (the city or Bigbee) can.”

The overpopulation has stemmed from a number of contributing factors. Dog owners negligent of city leash laws have frequently also neglected to claim their pets from the pound after they are picked up by animal control.

The absence of spay and neuter laws in the area have enabled the local pet population to boom to new heights, a problem that is compounded by a down economy making it more difficult for dog owners to pay for such procedures.

“We don’t have the spay and neuter law and that has hurt us greatly,” McDonald said. “People are throwing (dogs) out. They are not able to afford them. We’ve had a lot of owner surrenders.”

While there is no defined law regarding the spaying and neutering of animals, Reese is adamant in his encouragement of the procedures.

“We’re asking the public that everyone who wants a dog will come by and adopt one from Bigbee. And, if you already have a dog, make sure your dogs at home are spayed or neutered,” Reese said.

“Your dogs, puppies, cats, whatever, need to be spayed or neutered. We are encouraging that.”

The humane society, which as of Tuesday had already took in more than 10 dogs this week, has managed to care for the six dozen animals despite having a very small membership and no full-time workers.

The society, which strives to adopt the dogs out to good homes with fenced yards, sees the vast majority of its adoptions come from other states.

According to McDonald, 90 percent of the dogs adopted out by the Bigbee Humane Society go to homes in northern states. The reason?

Shelters in northern states, which tend to have few dogs due to spay and neuter laws, charge as much as $300 for the adoption of dogs in an effort to cover all the veterinarian bills and the cost of fixing the animals. Prospective pet owners have continually turned to petfinder.com to take advantage of Bigbee’s $125 adoption cost.

But, locally, the Bigbee Humane Society’s ability to be successful in its quest to keep dogs from being put to sleep is in dire straits as pet populations continue to soar, adoptive homes remain scarce and volunteerism and contributions seem to be drying up.