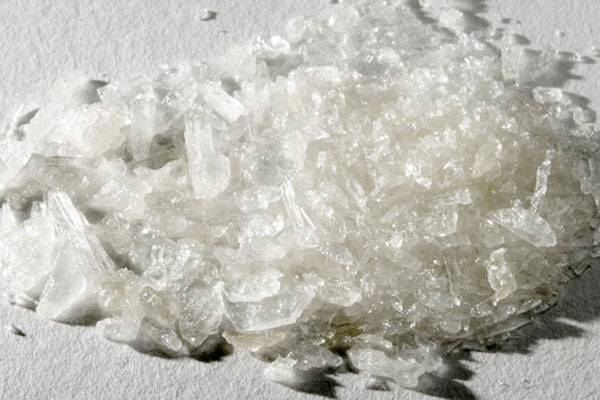 A bill passed by Alabama lawmakers last week could make it harder to manufacture methamphetamine.

House Bill 363, which awaits the governor’s signature, limits the sale of pseudoephedrine/ephedrine products to pharmacies.

Pseudoephedrine/ephedrine, commonly found in cold medicines like Sudafed, are a key ingredient in cooking methamphetamine.

Under the bill, convenience stores and other small retailers no longer will be able to sell those products.

Too, the bill lowers the limit on the amount of pseudoephedrine/ephedrine a person can buy in one month from 9 grams to 7.5 grams. That lower limit still would allow for the purchase of approximately one month’s worth of daily dosage.

The bill also makes purchasing cold medicines for the purpose of meth manufacturing – a trade called “smurfing” – a felony and requires anyone who wishes to purchase pseudoephedrine/ephedrine products to present a state-issued or military ID or passport.

The bill, when finally enacted into law, will make an already difficult task for lawbreakers even more complicated locally.

In July, a Meridian, Miss. woman was arrested in Demopolis for buying three boxes of pseudoephedrine/ephedrine for which she told investigators she intended to trade to a Mississippi methamphetamine cooker in exchange for the drug.

A Marengo County jury convicted the woman, Diane Avera, in October of Unlawful Manufacturing of a Controlled Substance second degree and Possession of Drug Paraphernalia.

The DPD was acting on a tip from a local pharmacy who became suspicious of the Mississippi woman when she asked for a very specific kind of pseudoephedrine/ephedrine. The store didn’t have any, so the woman left.

“There’s one kind that’s better than the others for cooking meth. It’s a little stronger; makes better meth,” said Greg Griggers, the District Attorney for the 17th Judicial Circuit who prosecuted the case. “To most people, they just want the cold medicine. If the pharmacy doesn’t have one kind, you just get the next one. That she asked for this specific kind, and was from out of state, raised a red flag.”

In 2010, the State of Mississippi made drugs containing pseudoephedrine/ephedrine available through prescription only.

Alabama law simply requires that the drug be moved behind the counter, but they are still an over-the-counter drug.

Suspiciuos, the clerk notified DPD of the woman’s request and officers followed Aevera down Highway 80 to another pharmacy.

“This time, her son gets out. Not her,” Griggers said. “He goes in and he gets what he’s looking for. He gets a box of pseudoephedrine.”

With their shopping trip a success, the family travels back down Highway 80 West only to pull into Walmart. This time, Griggers said, Avera and the son’s girlfriend went into the store and bought two more boxes of the medicine.

“She told us all along that the only reason she came to Demopolis was to go to Walmart because she had a $20 gift card,” Griggers said.

“But she passed by Walmart to go to these other pharmacies. She already had the medicine she needed, but went to Walmart last to get more.”

After confirming with the two pharmacies that Avera, indeed, had purchased the drugs from the two locations, DPD offices executed a traffic stop.

Griggers said Avera provided consent to search the vehicle but while officers were looking for the boxes of cold medicine, they found the next piece of their puzzle.

“There was a meth pipe right under her seat,” he said.

Officers questioned Avera after their discovery about her intent for the pills and, Griggers said, she eventually lamented that she intended to “smurf” the cold medicine for methamphetamine.

“She confessed, it’s all on videotape, and she gave a written statement that supports what she said on tape,” Griggers said. “She even admitted to using meth for about a year.”

Avera’s son and girlfriend were not charged and were allowed to return to Mississippi with the three children that were also in the car.

Avera spent nearly five weeks in the Marengo County Jail. Griggers said his office offered her a deal that would require her to submit to drug testing for nine months. If Avera passed those tests, his office would drop the charges.

“That was her chance,” Griggers said. “All she had to do was test clean for nine months and this whole ordeal was behind her.”

Griggers said Avera passed the first test but samples for months two and three were rejected because they were diluted.

“After the second one came back diluted, she was notified that it was diluted and warned not to tamper with it again,” he said. “The very next one was exactly the same.”

Even after the failed test Griggers offered probation with no jail time if Avera would simply agree to plead guilty to the crimes she’d already confessed to.

“She wouldn’t do it,” Griggers said.

The case went to trail for three days in October 2011 where Avera spun a tale of needing the cold medicine to combat sinus congestion on an upcoming SCUBA trip to Florida.

Ultimately, Avera’s story didn’t hold up and she was sentenced to seven years in prison but to serve one year. She has since appealed.

Fight at the local level

Avera’s arrest has caused some to question the limits of law enforcement in their effort to curtail illicit drugs. However, Griggers said those concerns are generally launched by those trying to get away with something.

“I’ve bought cold medicine before,” he said. “I’ve never been pulled over for it. Hundreds of boxes of cold medicine are bought in this county every day and the vast majority of them have never had any problem whatsoever.”

Griggers said the law is fairly unobtrusive in that it allows people to buy cold medicines in reasonable quantities unencumbered.

“If you need cold medicine, you can get it without a problem,” he said. “You can go in, get a box, and that will last you probably about a month. Now, if you come in and buy five boxes, or come in and buy a box every two days, it’s going to raise some flags.”

And once police officers have a suspicion that you’ve purchased cold medicine for intent to support the manufacturing of methamphetamine, the law in on their side.

“Laws have made it easier to find the people who are making meth,” Griggers said. “It’s not about pulling people over for buying cold medicine. It’s about finding these people who are buying it in unusual or large quantities and determining what they intend to do with it.”

And in the case of Avera, whose story has caused some public and media backlash aimed at Alabama laws and Demopolis Police officers, Griggers said the law works.

“I’m proud of the job the police department did in this case,” he said. “They did their job. And they did a good job. They had reasonable suspicion to think she possessed this medicine with illegal intent and, you know what? They were right.”

The stricter laws and local law enforcement’s commitment to rooting out offenders, Griggers hoped would send a strong message.

“If you come to this county to buy pseudoephedrine because you have a cold, you’ll never have a problem,” he said, “But if you intend to make meth with it, or trade it for meth, you stand a good chance of getting caught. I hope you get arrested and I’m going to back up those arresting officers and prosecute those cases every time.”