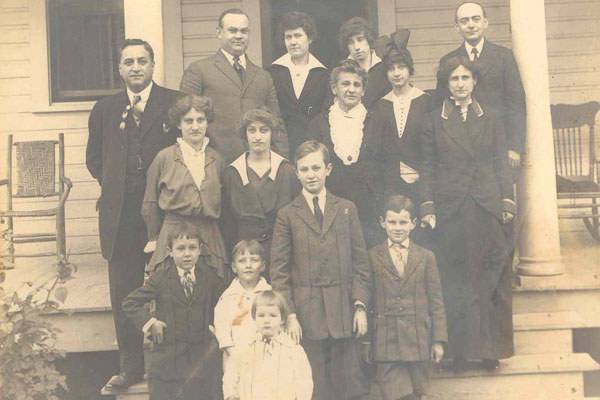 The Marengo History and Archives Foundation will host a program next week to visit and highlight the impact the Jewish community had on Marengo County.

While the Jewish population in Demopolis has dwindled to only a handful over the years, Demopolis historian and literary buff William Gantt said their history here was both rich and important.

“Lillian Hellman, who wrote the play ‘The Little Foxes’…her great-great-grandfather Isaac Marx is widely thought to have been the first Jewish settler of Demopolis,” he said. “What he did, and what the Marxes did over time, was to build a business and family dynasty that became the basis for some of (Lillian Hellman’s) most important work, in both plays and in writing.”

As part of the program, Gantt will speak primarily about Hellman and the Marxes while Eddie Griffith will focus on the history of Demopolis’ Temple B’nai Jeshurun.

“The Jewish community has been historically important to Demopolis,” he said. “I’m going to speak about the founding of the congregation and the old temple and when it was founded…the daily lives of the people and what went on in town based on court records.”

Griffith said his presentation includes a slideshow of pictures he hoped would help paint a picture of life in the community back then.

“I’m going to tell the story of how the Jewish community fit into the overall community,” he said.

According to Griffith, the Congregation B’nai Jeshurun – which means “Children of Righteousness”, which is the poetic name for the Jewish people – dedicated its first temple on Thanksgiving Day, Nov. 30, 1893. At the dedication, the perpetual lamp was lighted by Isaac Marx.

The larger wooden synagogue with a Moorish influenced dome was demolished after construction in 1958 of a new temple.

The congregation was founded in 1858 by immigrants from central Europe who began arriving in the 1840’s and became associated with the reform movement after the establishment of the Union of American Hebrew Congregations.

The congregation’s cemetery, located on East Jefferson Street, was established in 1878.

The program will take place May 4 at 6 p.m. at the Marengo County History and Archives Museum.

Anyone who has any old photographs from the Congregation Temple B’nai Jeshurun or of the temple itself are asked to bring them so they can be scanned and preserved. They will be returned.

The museum will also host an exhibit of artifacts following the program.

Artifacts received from the Jewish Heritage Museum in Mississippi will be on display May 5 from 1 p.m. to 3 p.m. and May 6 from 2 p.m. to 4 p.m.