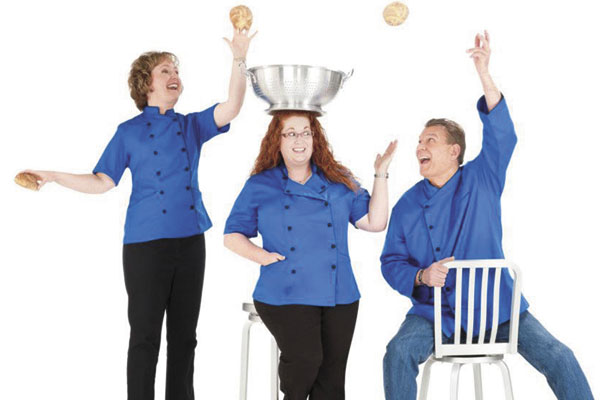 The May 31 event, sponsored by the Demopolis Area Chamber of Commerce and the Demopolis Times, marks the second time in three years the top-rated national cooking magazine has held its show on the Demopolis riverbank.

“Tickets are going quickly,” Demopolis Area Chamber of Commerce Director Jenn Tate said, noting that many of the tickets that have not been sold have been reserved. “We still have plenty to sell but I absolutely expect to be sold out well before May 31.”

The 2010 Taste of Home event, the first held in Demopolis, sold out. This year, only 400 tickets were available.

“We had a huge crowd for the first school and a lot of those came from out of town,” Tate said of the turnout two years ago. “Taste of Home has a national following. We expect a lot of people from all over to come to Demopolis just for the show.”

Tickets are $15 each and door prizes will be awarded throughout the evening. Doors will open at 5 p.m. and the event will begin at 6:30 p.m. at the Demopolis Civic Center. Everyone in attendance will receive a gift bag filled with prizes from many of the event’s sponsors.

“Taste of Home will provide everyone with magazines. There will be samples of Emeril’s seasonings and lots of other stuff,” Tate said. “No one will leave empty handed.”

The Taste of Home Cooking School is a division of the Taste of Home Magazine and instruction will be lead by Michelle Roberts, who is in her ninth year with Taste of Home. Roberts was also the presenter for the 2010 show in Demopolis.

Roberts, a native of Franklin County, Miss., earned in associate degree in food production from Copiah-Lincoln Community College in Wesson, Miss., and a bachelor of science degree in culinary arts from the Mississippi University for Women in Columbus, Miss.

Roberts also has a theater and performing arts background, which lends itself to her cooking performances in shows she has done throughout Alabama, Georgia, Mississippi and the Deep South.