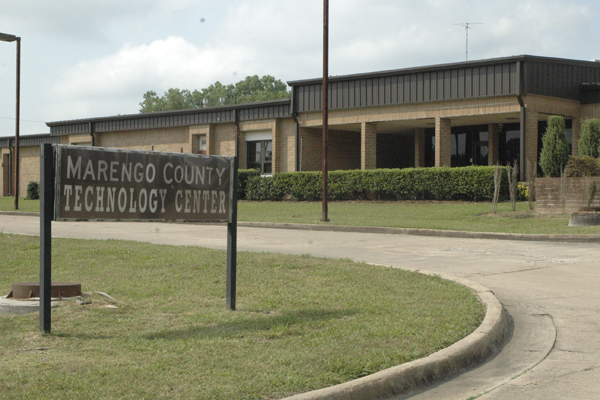 LINDEN – The Alabama Department of Education (ADE) has granted the Demopolis City and Marengo County School Systems their request to be removed from the consortia agreement of the Marengo County Technology Center (MCTC).

The move will shutter the Linden facility June 1 and allow the city and county school system to integrate classes offered there onto their campuses.

“It hasn’t gone over well, but that decision has been handed down,” MCTC principal George Baldwin said.

Baldwin, who has overseen MCTC since the 2000-2001 school year, manages six teachers, five bus drivers, a counselor and a part-time janitor at the facility. He also attended the school when it opened its doors in 1978.

“I’ve been in career tech since the ninth grade in high school,” Baldwin said. “This center was built to have a centralized location where all the kids could come, and to save money so you wouldn’t have to put a teacher on each campus. It seems like the final chapter in a good book.”

As part of the agreement, the new host sites – Demopolis and Sweet Water High Schools – will allow students from the other schools to enroll in the classes offered on their campuses.

Further, ADE will require that Demopolis High School offer an Industrial Maintenance program as well as an Agriscience program. Demopolis will also inherit the Health Occupations program from MCTC.

Teachers at MCTC that are relocated to new campuses will retain tenure.

The financial agreement that has supported the facility since 1995 will be terminated effective June 30.