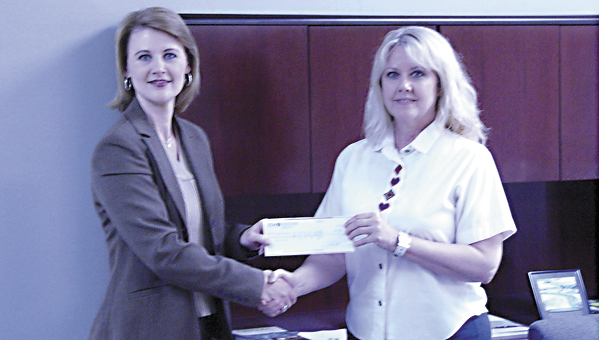 The Marengo County Economic Development Authority recently received the Jim Hayes Memorial Scholarship, which goes to one person in Alabama working in the economic development field.

The scholarship allows for the recipient to go to Auburn University’s Economic and Community Development Institute to participate in their Intensive Economic Development Training Course.

Joanna Hinson, Marengo EDA’s executive assistant, attended the first week of the two-week course earlier in July. The second week of the course is in September.

Brenda Tuck, Marengo EDA’s Executive Director, said that having Hinson attend this program, it will help the Marengo EDA.

“Since I took over in April, I have been the only person covering all of Marengo County,” Tuck said. “This program gives Joanna the opportunity to further her education and provide help here in Marengo County.”

Tuck said that there were no extra funds to send Hinson to the program, and without the scholarship, Hinson would not have been able to attend the program.

“This provides the perfect opportunity for Joanna to learn more about economic development,” Tuck said.

At the conclusion of the course, Hinson will become the project manager for the Marengo EDA.

During the first week of the course, Hinson said she was a little bit overwhelmed with all of the information.

“I was really busy that week, and there was a lot of information,” Hinson said. “We had about 30 speakers that week. The panel discussions were my favorite part, though, because we got to hear from people that are actually out doing this work, and about their experiences.”

Hinson also said the experience would help her to be a better asset to the Marengo County EDA.

“Brenda is already very knowledgeable, and I will be able to help her and also understand more,” Hinson said.