The University of West Alabama’s head volleyball coach Tabitha Turner resigned her position on Monday. Assistant coach Mike Shearer will take over as interim head coach for the 2012 season.

Turner is leaving to take the head coaching position at Cape Fear Community College in Wilmington, N.C., her hometown.

Turner spent four seasons coaching The Tigers and leaves with a 61-40 record. In each of her four seasons at UWA, the Tigers made a trip to the Gulf South Conference Tournament, and in 2009, made it to the GSC East Division Championship. 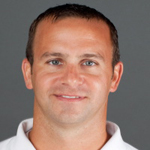 Shearer brings a wealth of experience to the table as the interim head coach. Prior to joining the UWA staff, he spent time as an assistant coach at Elon University, the College of Charleston, Edinboro University and Villanova University. He is a 1997 graduate of Penn State University.

The Tigers season begins on Friday, Aug. 31 in the Henderson State Tournament.