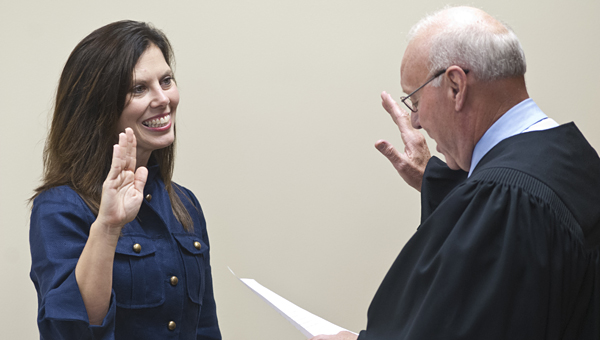 Surrounded by family, Sharon B. Barkley was sworn-in Thursday as Marengo County’s next revenue commissioner.

She will follow longtime commissioner Bo McAlpine, who retired Friday after serving in that role for more than 21 years.

Barkley was appointed to the position by Gov. Robert Bentley’s office on Wednesday. She will complete McAlpine’s term, which runs through the election of 2014. She said she plans to run for a full-term in 2014.

She has worked for the revenue commissioner’s office for seven years as assessing clerk.

She was sworn in Friday by District Judge Wade Drinkard.