Charles Jones Jr. was born in Tuskegee and from there, he grew up in Demopolis. 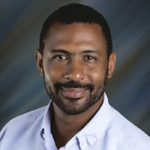 He is 48 years old and was elected to represent District 1 with 249 votes beating his challengers Robert Shepherd (101 votes) and Grace Clayton Motley (23 votes).

Jones has two daughters and lost his son Charles Jones, III about four and a half months ago who was a student at The University of Alabama.

He is employed by Robert Jones Construction in Demopolis and by Demopolis School System.

Jones decided to seek election after talking to an outgoing councilman and going over some of the issues.

“Some of the immediate issues in the district I plan to go through include seeking some paving grant funding for the roads and we also have some drainage issues,” he said.

On a citywide level, Jones has some additional goals set in efforts to prepare the community to go into the workforce.

“We need to issue the ‘ready to work’ certificates here in Demopolis,” he said. “Our people now have to drive to Eutaw or Greensboro, which are the next closest locations.”

He said these certificates are not just for high school seniors, they are for anyone who is interested. Jones plans to become certified to administer the test by the end of the month and community members will be notified as there are more developments on the classes.

Another citywide issue would be to discuss the budget with the council representatives, if the budget is not passed by the outgoing council.