With a successful campaign behind him, D. Harris Nelson is ready to get to work on the Demopolis City Council. 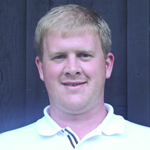 He married the former Morgan Yeager, a native of Demopolis, and attends Trinity Episcopal Church, where he served on the vestry for three years. He is also on the Marengo County Historical Society board and Canebrake Players Board.

Nelson said he decided to enter politics to try and make a difference.

“If I didn’t do this (run for city council), it’s my own fault for note trying to make it better,” said Nelson. “The easiest thing to do would have been to not run.”

He also credits his wife, Morgan, for her support.

“If I hadn’t had her support through it all, it wouldn’t have happened,” he said.

“I’m looking forward to working with all of them,” he said.