Miss Wallace is the daughter of Ms. Ellen Wallace of Linden, and Mr. Rick Wallace of Forkland.

Mr. Russell is the son of the Reverend and Mrs. Larry Hubert Russell, also of Puckett. 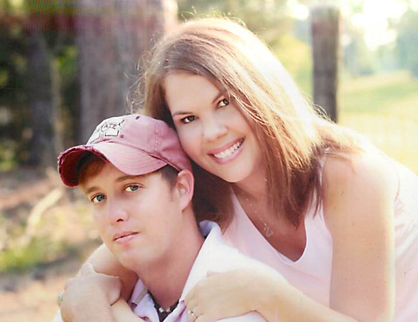 Mr. Russell is the grandson of Mr. and Mrs. Hubert W. Russell of Brookhaven, Miss., and Mr. and Mrs. James B. Williams of Bogue Chitto, Miss.

She earned a Master of Science in Nursing from the University of South Alabama. She is a member of Sigma Theta Tau.

Miss Wallace is employed by Meridian Community College as a nursing instructor.

He attended Wesley Biblical Seminary in Jackson, Miss., and Copiah- Lincoln Community College in Wesson, Miss. He is employed as a Field Technician with Stage 3 Separation, Inc. in Miami, Fl.

The wedding will held Saturday, October 6, 2012, at 2 p.m. at Linden Baptist Church in Linden with the reception immediately following.