Linden officer recovering at home after being shot in leg

A Linden police officer was shot during an altercation around 1:30 a.m. Sunday and is now recovering and resting at home. 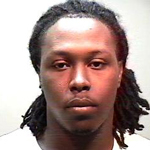 Lt. Demetrius Marshall was at a Chevron station breaking up an altercation that started at a club outside the city when one of the people involved fired a shot from a .380 semi-automatic pistol into the crowd.

“There was an altercation at a club out in the county and both parties arrived at the station in Linden at the same time,” Police Chief Scott McClure said, “and the altercation continued there.”

Marshall moved to arrest Jonathan Tate, and after resisting, Marshall tazed Tate. He then tried to get back up, and Marshall tazed him again. At this point, Tate’s brother, Travis, jumped in to pull the taser away from Marshall.

A fight ensued, and another man, Philip Rogers, joined the fight against Marshall. Police believe that LaKendrick Rogers, who never entered the fight but was standing in the area, reached into the middle of the fight and fired his weapon. The bullet entered the front of Marshall’s leg in his thigh, and exited the back of his leg above his knee. The wound was clean, no bones or arteries were damaged. 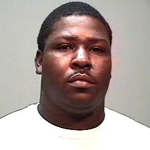 LaKendrick Rogers was at first being held on first-degree assault charges, but McClure said the charges will be upgraded attempted murder.

Travis Tate and Philip Rogers are being held on second-degree assault charges, and Jonathan Rogers is being held for resistoning arrest and disorderly conduct.

McClure said he is meeting with the ATF Tuesday to discuss seeking federal charges on LaKendrick Rogers.

“This is a first in Linden, and I hope it’s the last time,” McClure said.

After being taken to Bryan W. Whitfield Memorial Hospital, Marshall was released later on Sunday to rest at home. 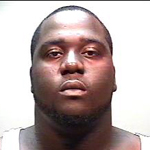 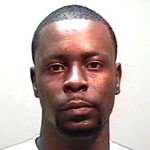