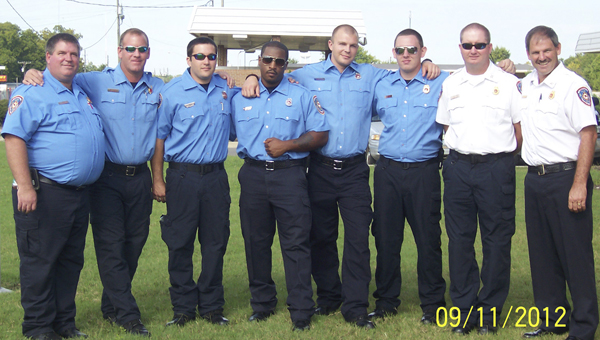 Members of the Demopolis Fire Department are shown from Tuesday's ceremony. 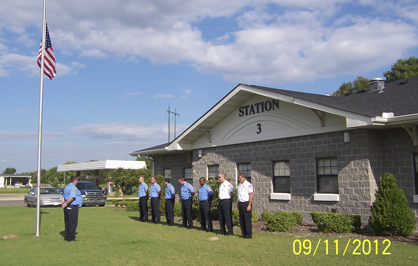 The program included a moment of silence in honor of those lost on 9/11.

The men rang the bell at Engine 3 two times representing the fall of each World Trade Center tower. They also had moments of silence for each attack and shared memories of what they were doing that fateful morning.