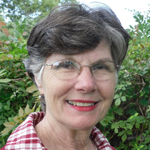 Guidelines the Pilot Club member must possess to be chosen as the sweetheart are be active in an assigned role within the club, promote and support the Foundation and its activities, be active in a project that exemplifies the brain-related service focus of the Pilot International Foundation and be faithful in attending meetings and give generously of her time to assist with service projects and fund-raising activities.

Eleanor has been a faithful and passionate member of the Demopolis Pilot Club since 1997. She has served as president twice during her membership among other officer positions as well.

The Demopolis Pilot Club asks that you join us in congratulating Eleanor Park on such an honorable recognition.