Joe and Charlotte Reed of Coatopa would like to announce the engagement of their daughter Catherine Ellis Reed to Joshua Lee Allums, son of Terrence Allums of Leon, West Virginia and the late Judith Allums. 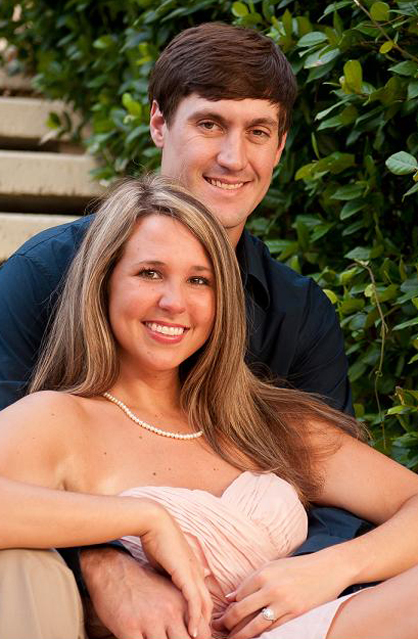 The bride elect is the granddaughter of Henry and Betty Baxley of Demopolis and the late Joseph Milner Reed Sr. and Josephine Reed of Coatopa. Catherine is a 2005 graduate of Sumter Academy and a 2009 graduate of the University of West Alabama with a B.B.A. in Business Administration. She is employed by Colonial Haven Care and Rehabilitation Center in Greensboro, AL as the Director of Marketing and Admissions.

The future groom is the grandson of John and Julia Irby of Mobile and A.C. Allums and the late Lucy Allums of Pascagoula, MS. Joshua is a 2000 graduate of Demopolis High School and a 2007 graduate of the University of West Alabama with a B.S. Degree in Physical Education. He is currently employed by Lenzing Fibers in Axis, AL as a Process Technician.

The wedding ceremony will be held on Saturday, October 13, 2012 at 4:30 pm at Christian Valley Baptist Church in Coatopa. All friends and family are invited to join their celebration. No local invitations will be sent.