Christmas on the River set for 41st year 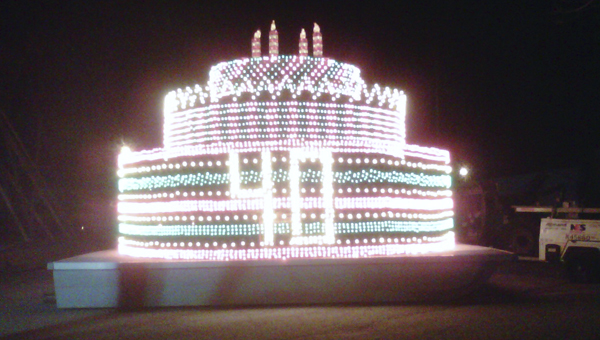 The zero will need to be changed to a one in the next few weeks, as Christmas on the River prepares for its 41st year.

Elizabeth “Buffy” Etheridge and Diane Brooker will return this winter as co-chairs for the 41st Christmas on the River.

The two have released this year’s full schedule and are helping to prepare new floats for the annual event. 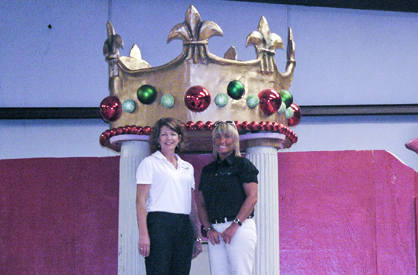 Diane Brooker (left) and Elizabeth "Buffy" Etheridge return this year as Christmas on the River chairwomen.

Etheridge, an Auburn graduate and chemical engineer at RockTenn, volunteers as the night parade chair and said she is excited about the new floats this year, which include a Santa Claus figure.

“We worked together on COTR last year, and we are excited to be able to add new items to the parades this year,” Etheridge said.

She works alongside Diane Brooker, who is an Alabama graduate and chemical engineer at Alabama Power, who volunteers the day parade chair.

“I am excited to work with COTR again this year,” Brooker said. “It is so much fun and there is something that everyone of all ages can do. I encourage everyone to come and be a part of the workdays at the warehouse. Even if you only have an hour, we could use the help.”

The COTR community workdays will take place from 1-5 p.m. every Wednesday and Friday throughout most of September and October.

The schedule for the 5-day COTR event is as follows:

•On Nov. 28, COTR will begin at 5:30 p.m with the Lighting the Love Light Tree and the announcement of the Special Child on the BWWMH front lawn.

•On Nov. 29, the Lighting of Public Square, the crowning of St. Nick, the reading of the Christmas story will be held at 5:30 p.m. at public square downtown, or the Civic Center in the case of inclement weather.

•On Nov.30, the Candlelight Evening will be held from 5-8 p.m. at Gaineswood with entertainment by John Bultman. Admission is $5.

*From 5 p.m. to 1 a.m., the Alabama State Championship BBQ Cook-off will be held at the Demopolis City Landing and George Franks Ball Field. The admission is $5.

*There will be live music later that night from 9-11 p.m. Further information including location and musicians will be announced later.

*The Christmas Parade will begin downtown at 11:30 a.m. with Grand Marshals the Alabama Gang.

*From 11 a.m. to 1 p.m., there will be the judging for the BBQ Cook-off and the presentation of the trophies and checks will take place at 2 p.m. at George Franks Ball Field.

*At 2 p.m., the Canebrake Players will present the children’s play, “Junie B. Jones, Jingle Bells Batman Smells,” at the Old School Theater located on Main Avenue.

*From 6 p.m. to 8:30 p.m., the Nautical Parade and Fireworks display will take place on the riverbank of the Tombigbee.

*The COTR Dance (no jeans) will be held at the Demopolis Civic Center from 9 p.m. to midnight. The band will be Cool Rayz and the admission is $10, ages 21 and up only.

•On Dec 2, the Nutcracker will be performed by the Montgomery Ballet at the Demopolis High School auditorium at 2 p.m.