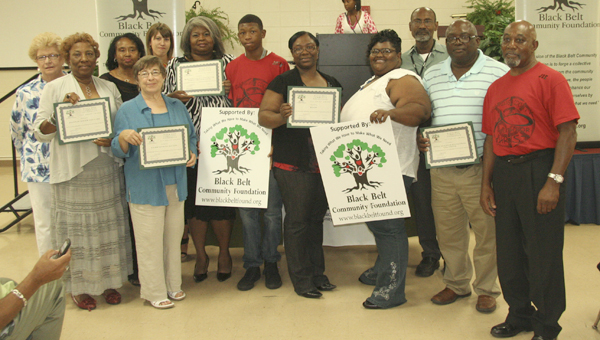 Marengo County organizations received $11,550 in grants this month from the Black Belt Community Foundation during their annual Grants Awards Ceremony. The event was held at Wallace Community College in Selma.

The Black Belt Community Foundation was established in 2004 to support community efforts in the Black Belt that will contribute to the strength, innovation, and success of all of the region’s people and communities. Since 2005, BBCF has awarded over $2 million to non-profit organizations through its Community Grants Program, Black Belt Arts Initiative Program, the Community Based Land Development Program and other grants.