Holemon elected to AMLC board

Gary Holemon of Robertson Banking Company has be elected to the Alabama Multifamily Loan Consortium, Inc.’s board of directors and will serve as vice 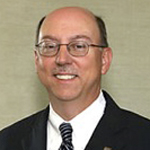 He has served on the organization’s loan committee for several years and was also elected to serve as the committee’s chairman.

Alabama Multifamily Loan Consortium is a not-for-profit company that provides financing for the development and preservation of affordable multifamily housing for low- to moderate-income people living in the state of Alabama.

The organization was founded in 1996 and is comprised of 55 participating member banks, which have committed approximately $100 million dollars to fund development across Alabama.

Robertson Banking Company is a member of the Alabama Multifamily Loan Consortium.

Batter Up Sports Bar and Grill September Business of the Month