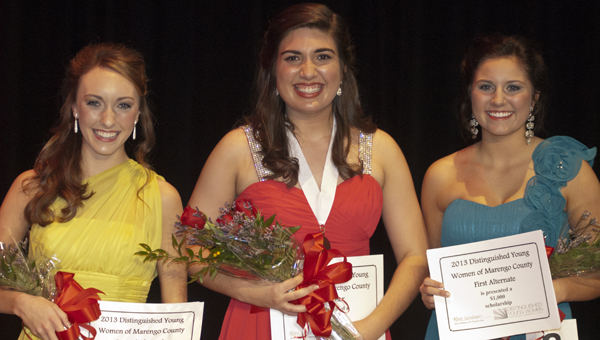 Barkley “Nolie” Ramsey was named the 2013 Distinguished Young Women of Marengo County on Friday night. She attends Thomasville High School and is the daughter of Dallas Ramsey and Emily Tyler. 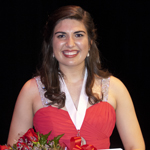 When asked how she felt as she heard her name called, Nolie Ramsey said, “In my mind, I was like ‘Yes!’” she said. “All I could think was thank goodness, I have worked so hard for this.”

Also claiming the title in the talent and scholastic achievement categories, Ramsey claimed $3,250 in scholarship money on Saturday night.

Ramsey, dressed in a red gown, graced the stage along with eight other young women for the program, which was held in the Demopolis High School auditorium.

After performing a dynamic piano solo to the selection, “Butterflies and Hurricanes,” Ramsey said she loved the talent segment the most.

“I felt like it was my time to shine,” she said. “I like someone to see something when I play.”

Moving forward, Ramsey will represent the county at the statewide competition and said she looks forward to attending state with her best friend Meghan Newton, who won DYW in Clarke County. 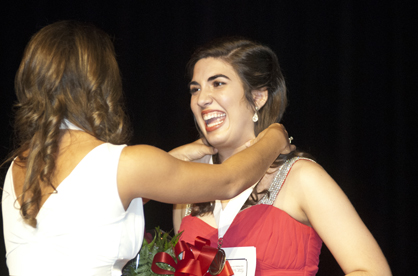 Ramsey is congratulated and given her medal from 2012 DYW Madison Davidson.

“I am very proud of the other girls,” she said. “I know they worked really hard.” 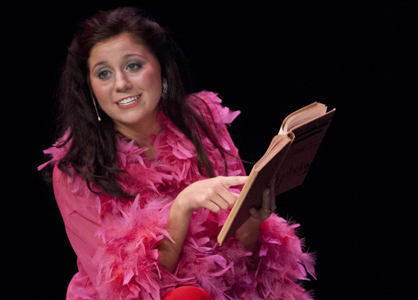 Each category winner received $600 and the alternate received $300 scholarships. The Spirit of DYW award winner won $850.